A snapshot of Harvard’s emission reductions 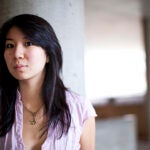 In 2007, Harvard University pledged to reduce its greenhouse gas (GHG) emissions, inclusive of growth, 30 percent by 2016, with 2006 as the baseline year. University-wide, GHG reductions are around 5 percent so far, including growth. The reductions are due to changes in Harvard’s energy supply and to activities and projects at Schools and units.

Faculty of Arts and Sciences

* This figure excludes all new buildings less than 50 percent occupied in FY 2006.