On the road and out of control 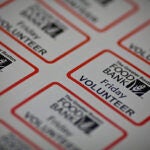 Giving the gift of time

Getting around Cambridge as a student can be surprisingly difficult. Take, for example, my first two months of this fall term.

Last week, I walked into class 13 minutes after the hour. I had left Mather House, shockingly far from the behemoth that is Northwest Laboratories, 25 minutes before. Two things are true about the walk. First, there is a hill hiding between the river and the rest of Cambridge, a hump that has inexplicably remained through 400 years of development and which undoubtedly held the trappings of the city’s farm days, back when the area was grassy and idyllic. Now it just slows me down. If I walk briskly I can make it to Northwest Laboratories and back in 40 minutes, too long to be convenient.

The second, and more important, thing about walking in and around Harvard Square is the traffic light question. I have driven in Cambridge. I have biked and walked and rollerbladed and even, once, Segwayed. There is nothing more maddening and dangerous to a commuter than a distracted co-ed texting while jaywalking across Mass. Ave. The first time I drove through the square, I almost had a heart attack while trying not to plow head-on into students oblivious and, somehow, camouflaged in the winding streets.

Dangers aside, my walking commute was getting too tedious. Perhaps a city bicycle was in order, something that could get me around Cambridge faster than my walking shoes. I picked up a secondhand city bike, a single-speed monstrosity that rode like a folding table on wheels. I bought a cable lock as heavy as the bike itself to protect my investment. Finally, I would waste less time in transit.

Alas, it was not to be. Every street is two-way to a pedestrian. In keeping with my desire to survive into adulthood, I intended not to ride the wrong way down one-way streets. This, I came to realize, was both revolutionary and nearly impossible. Biking in and around the square, like driving in Maine, is full of moments of disbelief. You can’t get there from here.

To get from Mather House to Harvard Yard, for example, requires first biking away from both locations for a solid two minutes. Getting to the Quad is arguably faster on foot, and heaven forbid a cyclist should attempt to get from the Science Center to the river without either sidewalks or some gutsy wrong-way riding. Worse for me, Northwest Laboratories can only be reached by a circuitous route that includes a foray into what I can only assume is residential Somerville.

All this is how I ended up six minutes late, according to Harvard time, to my class. I had realized in a fit of ingenuity that if all the roads were the wrong way on the way up to the laboratories, then they were all in my favor on the way back. I had decided to walk my bike to class and enjoy the ride back later. But seven bad cross-walk signals and the extra weight slowed me down, and I sheepishly snuck into lecture 25 minutes after leaving my room, and weathered the disapproving looks of the teaching fellows in the front row.

If only I were content to take the shuttle.

The Gazette welcomes suggestions and submissions for the Student Voice column. If you’re an undergraduate or graduate student with a 500-word story to tell about life and learning at Harvard, send your suggestion to News Editor Jim Concannon.