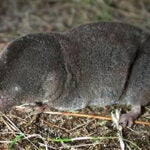 Speaking quietly yet passionately, Julio Frenk, physician and dean of the Harvard School of Public Health, drew connections between the changing roles of women and the implications for global health during a speech Nov. 2 at the Radcliffe Institute for Advanced Study.

“Health offers a window through which we can understand the most pressing challenges to women in our globalized world,” said Frenk, a former secretary of health for Mexico and a champion for women’s health during his government stint

Delivering the 2009-10 Maurine and Robert Rothschild Lecture before a packed audience, he stressed the evolution of the perception of women’s health from “maternal” health to “reproductive” health to “women and health,” outlining a series of concentric circles that reflected growing gender equity globally. “In health matters, the world has become a single neighborhood,” he said.

To put his remarks in context, Frenk sketched a few startling examples of how human health has shifted in a century: Life expectancy more than doubled, from 30 years in 1900 to 62 in 1985; in 2000, older people outnumbered younger ones; and by 2007 the urban population outnumbered the rural population.

More significantly, the world achieved “replacement fertility” in 2003. “This means that the average woman started having just enough children during her lifetime to replace herself and the father in the following generation,” said Frenk, the T & G Angelopoulos Professor of Public Health and International Development.

Still, huge disparities exist between health in developed and developing countries. Moreover, health advances show how “the whole meaning of disease has been transformed.” Previously, disease, particularly among children, was marked by acute episodes from which either one recovered or died. Now many people spend much of their lives coping with chronic illnesses. People speak, Frenk said, of “living with AIDS” or “living with cancer.” Citing writer Susan Sontag, he said, “We all now have dual citizenship in the kingdom of the health and the kingdom of the sick.”

Frenk also discussed the challenges of instituting health reform in Mexico from 2001 to 2006, after research showed that more than half of health expenditures for health there were paid out-of-pocket, despite the general belief that the Mexican health system was based on public funding. “We know that health is one of the most effective ways of fighting poverty, yet medical care can itself become an impoverishing factor for families,” he said.

In an effort with some resemblance to the U.S. health reform debate, Frenk described instituting a federal and state funding effort to subsidize family premiums; by June 2009, 30 million had been enrolled. But Frenk also focused on women’s health, such as reducing maternal deaths, with increased supplies of drugs and safe blood. More controversial was his effort to provide birth control implants, female condoms, and the “morning after” pill, which faced opposition from the Catholic Church and from conservative groups.  Eventually, however, the decision was “backed by the majority of women, even with the most religious segments of the population.”

Also, Frenk said, new initiatives looked at women’s health overall, such as stiffening domestic violence laws and promoting diagnostic tools for breast and cervical cancer. In the last of Frenk’s concentric circles, he mentioned efforts to address the role of women as health providers — as family members, professionals, and traditional indigenous practitioners.

“The concentric circles are meant to convey the complex connections between women and health, particularly in these times of profound globalization when, out of economic, security, and ethical considerations, we cannot afford to be oblivious to the fate of any person,” Frenk said.

During the question-and-answer period, one woman, noting that the vast majority of Frenk’s audience was female, wondered if it was possible to move forward on some issues if only women were paying attention.

Frenk acknowledged that “machismo” was a problem but that “we need to be very explicit” that equity in health is an issue of importance to both men and women.