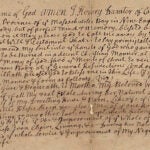 “Growing up, I don’t know if I ever thought of becoming a teacher,” said Erez Manela, recently tenured professor of history in the Faculty of Arts and Sciences. “I was always supposed to become a doctor or a lawyer.”

Manela actually began by studying foreign languages as an undergraduate at the Hebrew University of Jerusalem, not far from his hometown of Haifa, Israel. He soon discovered that courses in East Asian and Middle Eastern history complemented his interests in Chinese, Arabic, and Persian. Though he saw a future in academia, history was not a field he had expected to pursue.

“I didn’t yet conceive of it as something you could do as a profession, but rather something you might study to know more about the world,” he said.

Previously the Dunwalke Associate Professor of American History, Manela now specializes in modern international history and the history of the United States in the world. His first book, “The Wilsonian Moment: Self-Determination and the International Origins of Anticolonial Nationalism” (Oxford, 2007), explored the impact of President Woodrow Wilson’s rhetoric on nationalist movements in Asia and the Middle East in the wake of World War I. Manela’s current research revolves around the global campaign to eradicate smallpox in the 1960s and ‘70s.

Manela considers his undergraduate experience the source of some of his main intellectual questions.
In college, “I realized that in the modern period — during the 19th and early 20th centuries — there were really fascinating parallels between the history of the Ottoman Empire and the history of East Asia, particularly China,” Manela said. “That really intrigued me. … I kept wondering how I could study these parallels in a way that wasn’t simply comparative. I wanted to put everything into one big framework and tell the story as connected.”

Manela decided to concentrate on international history as a graduate student at Yale, partly because he was reluctant to give up studying any of the countries or languages he had embraced in college.

“I couldn’t bear the thought of focusing on just one of them,” he said. “I wanted to put it all to good use.”

Studying international history has allowed Manela to break free of the nation as an analytical framework and devote new attention to transnational actors, organizations, and themes. When Manela arrived at Harvard in 2003, history professors Akira Iriye (now emeritus) and the late Ernest May served as inspirational figures for him, as they too were concerned with these pioneering directions in international history. (May even taught Manela the basics of PowerPoint by jotting a few commands on an index card during his first semester at Harvard.)

“Teaching with them … was a tremendously formative experience for me,” Manela said. “Together, they established an amazing tradition of international history in this department.”

Manela spends most of his free time with his three daughters, but sometimes revisits an old interest: chess. Occasionally he challenges the regulars in Harvard Square.

“Once upon a time I used to play chess fairly well,” he said, “but that’s history.”

Manela is grateful to have the chance to study a subject that many people can pursue only as a hobby, even though he never did live up to expectations of becoming a doctor or a lawyer.

“I think this is a decent alternative,” he said with a grin.