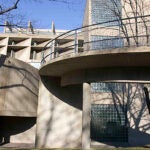 Sing sacred, and hide the flute

At Harvard, a centuries-long bastion of traditional scholarship, the arts are quietly on the march.

There are 150 arts clubs on campus, and this year there will be 450 concerts, 60 student dance productions, and 40 fully staged plays. Next April’s four-day Arts First festival is expected to feature the work of 2,000 students in hundreds of displays and performances.

Nearly every House has something akin to an art exhibition space, even if it’s a walk-through like Mather’s Three Columns gallery or a quirky space like Lowell’s bell tower. There are House studios, darkrooms, and performances spaces — the last including a onetime swimming pool at Adams House.

Making art has become as much a part of a Harvard education as term papers on Shakespeare or problem sets in calculus. Increasingly, the arts are a building block in the learning environment.

“Art making is a way of knowing,” said Jack Megan, a jazz pianist who directs the Office for the Arts at Harvard (OfA), which supports 100 student art groups and three theaters, Sanders, Agassiz, and the New College. “It has to do with understanding the world around us.”

In the past decade, Harvard College course offerings in dramatic arts have more than doubled, from eight to 17. Undergraduates now can concentrate in visual arts or music, and take a secondary concentration in drama.

Harvard remains a school where creative arts efforts abound outside the curriculum. But, taken in total, the demand for art making exceeds the supply of courses, clubs, and places to create art.

That is one reason why Harvard President Drew Faust appointed an Arts Task Force in 2007, asking it to come up with “an ambitious rethinking of the place of arts practice at Harvard.”

The task force — 19 members and 140 advisers from inside and outside Harvard — took a systematic look at Harvard and the arts. Last December it submitted a 63-page argument for making the arts a greater part of the University’s intellectual life.

“Along with the sciences and the humanities,” the report said, “the arts — as they are both experienced and practiced — are irreplaceable instruments of knowledge.”

The task force recommended a “greatly enhanced” place for art making in the undergraduate and graduate curricula; new degree programs (including a Dramatic Arts concentration and a master of fine arts degree); “adventurous new spaces” (or re-imagined older ones) for creating art; more professional artists on campus; and a dynamic new role for Harvard’s museums and their “astonishing treasuries” to support teaching.

How the arts are changing

Almost a year later, arts expansion plans are coming together. “There is considerable momentum already coming out of the task force,” said Diana Sorensen, Harvard’s dean for the arts and humanities and James F. Rothenberg Professor of Romance Languages and Literatures.

The new Harvard Arts Initiative has more funds to bring art making into undergraduate courses this year. There are Gen Ed courses in understanding poetry, interpreting manuscripts, and making quilts. A Gen Ed course that explores the arts in Muslim cultures lets students create their own works, “from calligraphy to hip-hop,” the description reads.

New freshman seminars are investigating still photography, the art of acting, African music, animation, and Japanese pictorial narrative. One seminar on the literatures of war “involves writing poems as well as studying them,” said Sorensen, a member of the Arts Task Force.

“This is the institutional part,” she said of these early forays, “trying to assure the curriculum was enriched by the challenges of art making.”

A dramatic-arts committee is planning expanded course work, under the direction of Julie Peters, Byron and Anita Wien Professor of Drama and of English and Comparative Literature.

Other steps toward fulfilling task force goals include a renewed commitment to music professionals who combine teaching and performance roles. Federico Cortese, the new conductor of the Harvard-Radcliffe Orchestra, has a senior lecturer appointment in music. A search is under way for a new choral conductor, who also will teach. (That is a joint appointment from Harvard’s Department of Music and the Office for the Arts.)

The rising role of the arts was evident last Sunday (Nov. 8) at the Northwest Science Building, where The Laboratory (The Lab) at Harvard celebrated its opening with an exhibit of student work called “Idea Translation: Effecting Change through the Arts and Sciences.” Want to turn your heartbeat into music? Try GIGUE. Need extra energy for a lamp or radio? Now there is Soccket, a soccer ball that stores energy from being kicked.

The Laboratory is the creation of David A. Edwards, the Gordon McKay Professor of the Practice of Biomedical Engineering, who believes there is creative energy in undergraduates that can be captured at the intersection of the arts and sciences. The Lab will sponsor exhibits on works in progress and monthly “idea nights.” Its partnerships evince a fresh collaboration: the A.R.T., the Wyss Institute for Biologically Inspired Engineering, and the Harvard Initiative for Global Health.

“A lot has happened” in the year since the task force report, said Sorensen, “perhaps quietly, but substantially.”

Beyond Harvard’s institutional embrace of the arts is what Sorensen calls the “embarrassment of riches” among the student art makers.

The everyday riches of arts

One night last week, a campus stroll showed how the arts in the hands of Harvard students are alive.

In Lowell Lecture Hall, the Harvard Band sat in folding chairs and — led by a conductor in a red sweatshirt — crashed through a repertoire of marches, patriotic tunes, and fight songs.

Minutes before, in the same room, the first of the Tanner Lectures on Human Values had just ended with a philosopher taking questions on the meaning of identity. Where he had been sitting, two tuba players stomped out elephant notes. Snare drums snapped, and trombones jostled like swordfighters.

Downstairs in the old lecture hall, undergraduates practiced ballroom dancing. Back in Harvard Yard, the ink-black night lit up with flashes from a corner of Boylston Hall, where a photo shoot was under way.

In the basement Green Room at Memorial Hall the next day, musical legend Suzanne Vega led a workshop for student singer/songwriters, as part of the OfA-sponsored Learning From Performers series.

Later, at Sanders Theatre, Cortese rehearsed Mark O’Connor’s “Violin Concerto” with the Harvard-Radcliffe Orchestra, in advance of a Dec. 4 concert. O’Connor will fly in to perform the violin solo.

The next day was bitter and windy. But Nelson Greaves ’10 was making art in front of Au Bon Pain on Massachusetts Avenue. He was handling camera work for an episode of “Ivory Tower,” a soap opera started in 1994 and revived in 2003 for broadcast on Harvard Undergraduate Television (HUTV), a student-run Internet network that manages 12 student TV shows. (HUTV just scored a coup: gaining nearly $12,000 from the Undergraduate Council.)

Last weekend featured more art making. On Saturday night (Nov. 7), the Harvard LowKeys, an a cappella group, performed “Red,” a 10-year anniversary jam. The 16 members took the stage — altos, sopranos, tenors, and bass baritones who make music without instruments, and who study everything from economics and religion to music, literature, and psychology.

Alumni singers joined in, one from Buenos Aires, and one brought along his infant. Four beatboxers — vocal percussionists — delivered an expert lip, tongue, and clicking musical show. The crowd of 700 went wild.

Sunday afternoon — how could you miss it? — the Harvard-Radcliffe Gilbert & Sullivan Players (HRG&SP) took to the stage at the venerable Agassiz Theatre. They sang, danced, mugged, and mimed through “The Sorcerer,” an 1877 light opera about love potions that still gets the message right about romance after all these years: “Prepare for Sad Surprises” is the penultimate number.

The players astonished, including the love-shy vicar Dr. Daly (Rob Knoll ’13), the lecherous and lurching baronet Sir Marmaduke (Michael Yashinsky ’11), and the pitch-perfect foppish snob Alexis (Benjamin Nelson ’11). Afterward, Nelson — a music concentrator — shared his secret: “I was playing myself.”

Some cast members had been rehearsing six nights a week, from three to six hours at a time, said HRG&SP president Alexandra S. Howitt ’10, who is planning a career in arts management.

But then there is the reward of making art, she said. “It brings a lot of joy to our lives.”