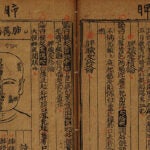 A decade ago the famous college became an institute, now itself famous and flourishing

A poet, a doctor, and a filmmaker walk into a bar.

The punchline at the Radcliffe Institute for Advanced Study, 10 years old this month (October), is unexpected insight. It’s the kind that arrives when you bring together practitioners of seemingly disparate disciplines.

Radcliffe is now Harvard’s intellectual commons — and has in one decade become a leading example of an academic trend: interdisciplinary inquiry.

But Radcliffe had always been a place intended to challenge the expected with the unexpected. “We were all more or less pioneers, treading little-trodden paths,” wrote historian Lucy A. Paton, who studied at Radcliffe in the late 19th century.

Beginning with its origins in 1879 as the Harvard Annex, Radcliffe was for a century at the center of national debate over the role of women in higher education. Its history in snapshots marks a gradual progress toward gender parity: Radcliffe’s founding (1894), the first women in Harvard classrooms (1943), joint Harvard-Radcliffe diplomas (1963), and finally a formal merger with Harvard (1977).

By 1999, it was time for Radcliffe to challenge further cultural and intellectual borders. The onetime Seven Sisters college became the Radcliffe Institute, where seminars, lectures, conferences, and a fellows program are now a school within a school at Harvard.

The institute is nimble, flexible, and open. In one place at one time, it can “provide a refuge for scholars,” said Radcliffe Dean Barbara J. Grosz, as well as “actively advance a university’s intellectual agenda.”

Grosz helped launch a new refuge of sorts at Radcliffe this year — Academic Engagement Programs (AEP) designed to draw Harvard faculty and students into the institute’s interdisciplinary model. A related round of public lectures, symposia, and conferences will start this fall.

AEP is the institute’s third core program — co-equal to the fellows program and Radcliffe’s celebrated Arthur and Elizabeth Schlesinger Library on the History of Women in America.

All three Radcliffe programs cultivate the art of surprising togetherness. Painters, poets, and novelists mingle with biologists, doctors, and engineers. Just hours of conversation can evolve into years of collaboration. Recent Radcliffe Fellows include the dancer and the biologist exploring animal locomotion; the filmmaker and lawyer planning a documentary in Nigeria; the composer writing an opera based on Petrarch love poems.

This enriching clash of disciplines can also simply prompt a single unexpected act. Maria Zuber RI ’03, a geophysicist who maps interplanetary bodies, argued in front of a NASA panel why it was important to explore the interior of the moon. She found herself quoting poet Maya Angelou: “There is no greater agony than bearing an untold story inside you.”

Radcliffe has become a place that defies intellectual expectations by “crossing boundaries” — the title of a symposium last week (Oct. 8-9) that launched a yearlong celebration of the institute’s first decade.

Five of the six panels were proof of “Radcliffe’s intellectual feast,” said Grosz, a computer scientist.

One panel, on gendered choices in public and private spheres, brought together practitioners of anthropology, history, nonfiction, and economics.
Panelist and bestselling journalist Susan Faludi ’81, RI ’09 revealed one disappointment. Despite increasing numbers of women on the career track, she said, “our entrance to that public world hasn’t changed it fundamentally, as the women’s movement seemed to promise.”

A second panel brought together two filmmakers, a composer, a painter, and a Nigerian lawyer who specializes in Sharia, Islamic religious law. (From these pairings two documentary films will arise.)

A third panel featured creative writers. Novelist Claire Messud RI ’05 answered what a “Radcliffe Institute novel” might resemble. “I think it’s rather like an heirloom tomato,” she said. “Whatever it turns out to look like, it’s something that has grown in particularly fertile soil.”

Commentators explored “sickness and health” in a fourth panel. Participants included two medical researchers, an installation artist, and a civil rights lawyer. Cell biologist Susan Lindquist RI ’08 decried the “risky, unpredictable, and costly” U.S. approval pipeline for new drugs — but added that one emerging salvation is for more Radcliffe-like, cross-disciplinary research. “Biology,” she said, “is ripe for this.”

A fifth panel looked at how the digital revolution affects academic life. It drew on insights from a fine arts professor, a librarian, a computer scientist, and a composer.

During the conference at the Radcliffe Gymnasium, there was a display downstairs of poster presentations, all based on the joyfully eclectic research of recent Radcliffe Fellows. (Their collaborators, thanks to Radcliffe’s Research Partnership Program, were Harvard College undergraduates.) New avenues of curiosity appeared, including the nanoarchitecture of life forms, the meaning of hospital chaplains, and the origins of scorpion sound production.

A final panel reflected on the institute’s first decade. “Dream come true. Exceeded our expectations,” summed up Nancy-Beth Gordon Sheerr, who was chair of the Radcliffe College Board of Trustees when the institute was formed.

Neil L. Rudenstine, president of Harvard University during the changeover, weighed in too. During a year of final negotiations, he said, both Harvard and Radcliffe “wanted to create something … imaginative and powerful,” and did.

The institute gave Harvard a way to reach across disciplines, a way to maintain Radcliffe’s parity with other schools, and a way to keep a “commitment to women very, very strong,” said Rudenstine. “It really has been everything we could conceivably have hoped for.”

For a  panel-by-panel synopsis of the Oct. 8-9 symposium. In addition, the Radcliffe Institute will continue to celebrate its 10th anniversary year with a series of events through next April.

The Radcliffe Institute for Advanced Study, 10 years old this month (October), is Harvard’s intellectual commons, where restlessly creative humanists, writers, scientists, and artists freely cross over academic boundaries. But even in its earliest iterations, Radcliffe was crossing boundaries and prompting change. Its precursor institution, the Harvard Annex, opened in 1879 — 130 years ago this fall — during an era hostile to the idea of higher education for women. Located at 6 Appian Way, the Harvard Annex opened the University’s academics to women, though not its doors. In the first year, 44 Harvard professors agreed to provide instruction, and 27 students registered. A cartoon in an 1879 Harvard Lampoon pictures a crowded drawing room and the formal — yet uneasy — crossing of gender boundaries. One young man asks a young lady, “May I have the pleasure of a turn with you at Integral Calculus?” By 1882, the Annex — no longer an experiment — was incorporated as the Society for the Collegiate Instruction for Women. By 1894, there was a Radcliffe College, named after Lady Ann Mowlson (née Radcliffe), who in 1643 provided fledgling Harvard College with its first endowed scholarship. In its early years, said Radcliffe’s second president LeBaron Russell Briggs, the new college was inspired by “the substance of things hoped for.” Some things, at least, never change.