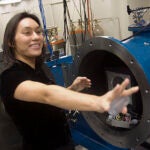 A patient shows up at a hospital after having periodontal work done that morning. The problem, she says, is that her gums haven’t stopped bleeding, although it has been several hours since the procedure.

With that setup, physicians and medical students in training follow a real-world case, complete with test results, audio of heartbeat, and photos of the condition. Using an online interactive interface, they can order tests, examine results, and answer questions on where to delve next. The patient’s case is part of a new collaboration between physicians at Harvard-affiliated Brigham and Women’s Hospital and the venerable New England Journal of Medicine (NEJM) to bring traditional case-based teaching into the Internet age.

Loscalzo said the cases are designed to appeal to physicians at all levels. Students can learn the basics and gain practice diagnosing and understanding illnesses, while established doctors can refresh their existing knowledge and expose themselves to new wrinkles they may not have encountered.

Teaching through presentation of actual, though anonymous, cases is a longstanding medical tradition, Loscalzo and Ross said. These cases are another iteration of the pathological-case series that Loscalzo has presented, along with other colleagues, monthly or biweekly for years. In the past, however, they’ve been presented in a lecture-style format.

Several years ago, Loscalzo said he approached the NEJM about reproducing the cases in the publication. A couple of years ago, the journal’s editor for medical education, Graham McMahon, asked if the HMS doctors would be interested in putting the cases into a more interactive format.

McMahon said that one of the reasons the online cases can be helpful is that doctors typically don’t lack for information, but are sometimes short of feedback and guidance in their problem-solving, something the online cases provide.

Problem solving is what’s at the heart of the cases. More important than coming up with the correct diagnosis in this training is the decision-making process along the way.

“Learning about the diagnosis is not as important as the process of thinking through the case,” Loscalzo said.

Ross has helped to translate the cases, draw up storyboards, and gather resources to present to those working through the cases, and he has worked with the technical experts at the NEJM to create the models. Each goes through several rounds of review, with changes and suggestions incorporated into the next version.

“We try to use the same information clinicians get when seeing the case for the first time,” Ross said, adding that this method is a way for medical education to keep up with the changing ways that doctors use technology. “The younger generation of physicians uses technology very differently than the older generation. The younger generation spends a lot of time online and expects to get a lot out of it.”

All involved hope that the result is a new, engaging method of physician training. They expect to post four cases on the NEJM’s Web site this fall, and several more next spring. Each model is expected to take about 15 minutes to work through and to provide continuing-medical-education credits to doctors.