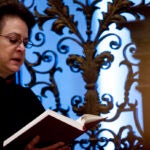 Harvard is now off to its best start since the Crimson’s 1996 Ivy Championship season, and the win was the team’s fourth-consecutive victory over Yale.

After a two-hour delay due to lightning, Harvard and Yale battled hard through regulation but remained scoreless.

Then, three minutes into the second overtime, freshman Brian Rogers found the left corner of the net for his fifth goal of the season, guiding the Crimson to their first Ivy win of the year.

The goal was also Rogers’ third game-winner of the season, and for his play the forward received his second Ivy Rookie of the Week honor of this season on Monday (Oct. 5).

Next up, Harvard will host Holy Cross in a 3 p.m. match at Ohiri Field on Wednesday (Oct. 7). The Crimson lead the all-time series against the Crusaders, 9-1-2.