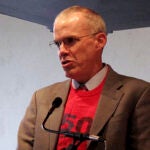 Taking nanomaterials to a new level of structural
complexity, Harvard researchers have determined how to introduce kinks into
arrow-straight nanowires, transforming them into zigzagging two- and
three-dimensional structures with correspondingly advanced functions.

The work is described this week in in a letter in the journal Nature
Nanotechnology by scientists led by Bozhi Tian and Charles
M. Lieber.

Among possible applications, the authors say, the new
technology could foster a new nanoscale approach to detecting electrical
currents in cells and tissues.

“We are very excited about the prospects this research
opens up for nanotechnology,” said Lieber, Mark Hyman Jr.
Professor of Chemistry in Harvard’s Faculty
of Arts and Sciences. “For example, our nanostructures make possible
integration of active devices in nanoelectronic and photonic circuits, as well
as totally new approaches for extra- and intracellular biological sensors. This
latter area is one where we already have exciting new results, and one we believe
can change the way much electrical recording in biology and medicine is carried
out.”

Lieber and Tian’s approach involves the controlled introduction
of triangular “stereocenters” – essentially, fixed 120-degree joints – into
nanowires, structures that have previously been rigidly linear. These
stereocenters, analogous to the chemical hubs found in many complex organic
molecules, introduce kinks into 1-D nanostructures, transforming them into more
complex forms.

The researchers were able to introduce stereocenters
as nanowires, which are self-assembled. The researchers halted growth of the
1-D nanostructures for 15 seconds by removing key gaseous reactants from the
chemical brew in which the process was taking place, replacing these reactants
after joints had been introduced into the nanostructures. This approach
resulted in a 40 percent yield of bent nanowires, which can then be purified to
achieve higher yields.

“The stereocenters appear as kinks, and the distance
between kinks is completely controlled,” said Tian, a research assistant in
Harvard’s Department of Chemistry and
Chemical Biology. “Moreover, we demonstrated the generality of our approach
through synthesis of 2-D silicon, germanium, and cadmium sulfide nanowire structures.”

The research by Lieber and Tian is the latest in the
years-long efforts by scientists to control the composition and structure of
nanowires during synthesis. Despite advances in these areas, the ability to
control the design and growth of self-assembling nanostructures has been
limited. Lieber and Tian’s work takes the formation of 2-D nanostructures a
step further by enabling the introduction of electronic devices at the
stereocenters.

“An important concept that emerged from these studies
is that of introducing functionality at defined nanoscale points for the first
time – in other words, nanodevices that can ‘self-label,’ ” Lieber said. “We
illustrated this novel capability by the insertion of p–n diodes and
field-effect transistors precisely at the stereocenters.”

Such self-labeled structures could open up the
possibility of introducing nanoelectronics, photodetectors, or biological
sensors into complex nanoscale structures.

Lieber and Tian’s co-authors are Ping Xie and Thomas
J. Kempa of Harvard’s Department of Chemistry and Chemical Biology and David C.
Bell of Harvard’s Center for
Nanoscale Systems. Their work was funded by the National Institutes of
Health, the McKnight Foundation, the MITRE Corp., and the National Science
Foundation.