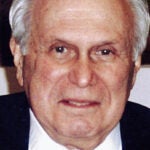 Harris Wang, a biophysics doctoral student at Harvard Medical School who invented a new way of cell programming, was named the graduate grand prize winner in Collegiate Inventors Competition, a program of the National Inventors Hall of Fame. Wang, who was born in China and raised in Salt Lake City, was recognized in a ceremony at the Museum of Science and Industry in Chicago on Oct. 21 and received a $25,000 prize for his entry.

Wang, as a student in the lab of George Church, professor of genetics and member of the affiliated faculty of the Harvard-MIT Division of Health Sciences and Technology, developed a protocol designed to permit faster cell programming and put together hardware and software to automate it. He calls the approach MAGE: Multiplex Automated Genome Engineering.

To demonstrate, Wang engineered a strain of E. coli bacterium that produces lycopene, a red-colored antioxidant. He added the genetic recipe for lycopene to the bacterium’s chromosome and used the MAGE approach to evolve a strain of the bacteria in which production of lycopene was highly efficient. Wang developed the technology hoping that the cell programming will allow bioengineers to produce customized microorganisms much more cheaply and quickly than possible before.