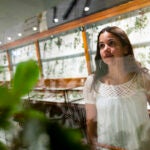 “If we really want to understand what’s happed in the history of Earth, we really have to understand this cross talk between the physical and biological processes,” says study coauthor Andrew Knoll of Harvard University.

That something may have been sulfur-oxidizing microbes, which don’t release oxygen into the atmosphere. Knoll, David Johnston and their Harvard colleagues propose. Previous work suggests that the oceans in this era, known as the Proterozoic, were rich in sulfur. So the researchers argue that an abundance of microbes that can use different forms of sulfur affected biogeochemical cycling. These sulfur-using microbes may have set in motion feedback loops that locked Earth in this stasis, the researcher propose….