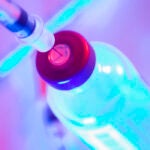 At a Meeting of the Faculty of Arts and Sciences on November 13, 2007, the following Minute was placed upon the records.

Charlie (as he was widely and affectionately known) was one of the most prolific twentieth-century interpreters of classical literature and of poetry in particular, the author of twenty-one books and innumerable articles, reviews, lectures, and conference papers. Apart from its sheer volume, his work is remarkable above all for its range. Most classical philologists can be readily categorized as either Hellenists or Latinists. Charlie transcended those linguistic boundaries; in his case the title “Professor of Greek and Latin” was entirely fitting. He was as much at home with Ovid as with Homer, with Seneca as with Euripides. It is difficult to single out the highlights in such a large and varied oeuvre, but a representative selection might include Landscape in Ovid’s Metamorphoses (1969), Tragedy and Civilization: An Interpretation of Sophocles (1981), Dionysiac Poetics and Euripides’ Bacchae (1982), and Lucretius on Death and Anxiety (1990).

Charlie’s writing crossed other boundaries as well. Although he was firmly rooted in and deeply respectful of traditional classical philology, he was ahead of his time in applying modern theoretical and methodological approaches to the classics. The tools he employed include structuralism, narratology, semiotics, feminist theory, and psychoanalysis of both the Freudian and Lacanian variety. Charlie was no mere follower of intellectual fashions. Instead he chose his interpretative models carefully for what each could contribute to the understanding of the text in question. For example, his often-cited 1978 article “Pentheus and Hippolytus on the Couch and on the Grid” shows a discriminating sense of both the value and the limitations of structuralist and psychoanalytic readings. Because of its openness to newer styles of reading Charlie’s early work encountered skepticism and even resistance from more traditional scholars, but he calmly persevered, and lived to see contemporary theory widely embraced and employed by classicists.

His breadth of vision also crossed the frontiers of nationality. Charlie maintained close personal contacts with many European classicists, particularly in France and Italy; in several cases, showing a generosity that was characteristic of him, he was instrumental in having the work of continental scholars translated into English and thereby bringing it to the attention of Anglophone readers. By his example he widened the intellectual horizons of his generation of classicists and of those to come. Appropriately, a number of his books and essays have been translated into several European languages and into Chinese and Japanese.

Charlie was also an exceptionally devoted teacher and mentor. Although he was somewhat shy by temperament, his love of literature and his eagerness to communicate that passion to his students made him an inspiring classroom presence. In his hands, the arduous process of translating and interpreting Greek and Latin texts became the starting point for wide-ranging discussions of literature and life. Charlie’s encyclopedic knowledge of literature, music, and art, combined with his willingness to digress, made each class an unpredictable adventure. On one occasion, a student recalls, a single line of Ovid’s Metamorphoses set off an impromptu chain of associations that included Bion, Athenaeus, Ariosto, Titian, Monteverdi, Foucault, and James Thurber.

Charlie as scholar and teacher is inseparable from Charlie the man. Despite his formidable learning and his many accomplishments, he retained an unaffected modesty and humility, as well as a delightful sense of irony. A remark he made about his much-admired Harvard mentor, Cedric Whitman, could equally well be applied to him: “he had the rare capacity to be profoundly serious without taking himself too seriously.” Charlie’s own seriousness of outlook permeated his work. The writers to whom he gravitated were those who, like the Greek tragedians, had explored and depicted human experience in the greatest depth and who had shown the greatest sensitivity to human pain and suffering. His critical writing was always acutely responsive to those central issues, and became even more so as he grew more aware of his own vulnerability. Charlie’s long engagement as a scholar with life’s tragic dimension, and his acceptance of it in personal terms, gave him a serenity that, along with the loving support of his family, enabled him to face his final illness with extraordinary courage and grace. He leaves not only an enduring monument of distinguished scholarship, but also the legacy of a life lived fully to the end.

Charles Segal is survived by his wife Nancy Jones and their daughter Cora, by his sons Joshua and Thaddeus, by his brother Richard, and by two grandsons.