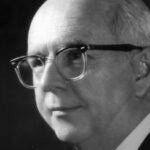 Rinn recognized as one of 10 top scientists under 40

Beth Israel Deaconess Medical Center (BIDMC) geneticist John Rinn, whose research has helped to uncover a new class of RNA, has been named to this year’s “Brilliant 10” list of top young scientists by Popular Science magazine. The list appears in the magazine’s November issue.

Rinn is a member of the BIDMC’s Department of Pathology and is an assistant professor of pathology at Harvard Medical School (HMS).

Dubbed “The Rule Shredder” by the magazine, Rinn has a long history of bucking convention — and upending the way biologists think about the human genome. In 2003, as a graduate student at Yale, Rinn first discovered large intervening non-coding RNA, or lincRNA, a new class of molecule that has been shown to play a leading role in the human genome — though until recently had been dismissed as “genomic junk” despite Rinn’s assertions to the contrary.

As Popular Science notes, “[Rinn] silenced his critics in 2007 when he showed that one of the [lincRNA molecules] serves a vital function in human cells. He dubbed it HOTAIR, a wry nod to the fact that so many scientists thought his field of research was full of it. The molecule delivers proteins to a crucial cluster of genes and helps regulate immune response, cancer growth and fat- and stem-cell production, among other things.”

“John Rinn is revolutionizing the way we think about the human genome,” says BIDMC chief of pathology Jeffrey Saffitz. “The potential implications for understanding disease are profound. We are particularly pleased that John has chosen to work in a pathology department, where scientific advances can be translated to improve patient care.”

Earlier this year, in the scientific journal Nature, Rinn described his discovery of more than 1,000 functional lincRNA molecules in mammals. Using a novel means of analysis, he and his colleagues uncovered a set of genetic elements that could one day lead to new avenues for developing therapeutics, particularly in cancer treatment.

Rinn’s “outside-the-box” thinking was further rewarded when he received a grant from the National Institutes of Health (NIH) as part of the NIH’s New Innovator Awards, one of three new programs designed to encourage investigators to explore bold ideas that have the potential to catapult fields forward and speed the translation of research into improved health. Rinn’s $2.6 million grant will further his investigations into lincRNAs and their potential to help stem disease.

As Rinn notes, “If we can solve the code of how each lincRNA knows what part of the genome to regulate, we might be able to exploit this mechanism to engineer lincRNAs that ‘fix’ a damaged cancer genome by targeting and silencing overactive cancer cells, thereby restoring the genome back to its proper identity.”