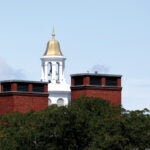 Around the Schools: Harvard Business School

Held every three years, the Holmes Lectures at Harvard Law School (HLS) are the institution’s most prestigious talks honoring a most prestigious legal scholar. The lecture series was established in 1954 as a result of the 1861 bequest of Oliver Wendell Holmes Jr., an HLS graduate and associate justice of the United States Supreme Court from 1902 to 1932.

On October 5, 6, and 7, HLS will host New York University School of Law Professor Jeremy Waldron for the Holmes Lecture series. Waldron, whose well-known scholarship focuses on political theory and jurisprudence, will deliver three lectures on the theme “Dignity and Defamation: The Visibility of Hate.”

The lectures will begin at 5:15 p.m. in the Austin Hall North classroom on the HLS campus.