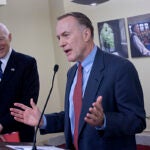 Alec Leighton’s skills as a keen observer of human behavior were first honed from his love of nature and animals. His earliest works reveal his capacity for careful observation and accurate scientific documentation. His first publications, A Porcupine Throws Quills published at age 18 in the Journal of Mammology, followed by solo-authored publications, The Turkey Vultures’ Eyes and A Lake in the Barrens, all published before his 25th birthday.

While Alec’s scientific and administrative talents would eventually yield a legacy cumulating in our current Department of Society, Human Development and Health, his earliest attention focused on different forms of mental wellbeing and social relations. In 1933, he published Notes on the Beaver’s Individuality and Mental Characteristics; in 1935, Notes on the Relations of Beavers to one Another and to the Muskrat, 50 years before the advent of current social network analysis. This respectful, attentive and scholarly approach to other species would color his later distinguished career in cross-cultural psychiatry. Here again his greatest concern was to understand human beings, both their ills and their wellbeing, alone and in relation to one another, from whatever stream or riverbank, city or farm they may have been born or lived.

In 1971 during a sabbatical from the HSPH, Alec captured his fascination with nature and the human condition in his novel Come Near, which draws on his training in anthropology, medicine, psychiatry, and public health. The following excerpt reflects his fascination with human psychology, his rich multidisciplinary thinking, and his inclusive and generous approach to scholarship:

One monolith is as bad as another. You cannot live for or by any single thing, not love, hate, dread, or resentment, all cul-de-sacs. Not for preparation for the afterlife, not for power, patriotism, hedonism, or altruism. Extremes destroy. The single dominant runs in a tunnel to a blind end….The thing is life itself. Not any one of these things but all of them. To live for and by….So feeling is everything and the first order of life is its cultivation. To live is to master and create with the forces of being within and without. To create is to give.

Alec was born in Philadelphia in 1908. He received undergraduate training in biology from Princeton. His medical degree was from Johns Hopkins University. At Hopkins Alec served as chief resident in psychiatry under Adolph Meyer, the leader in the U.S. mental hygiene movement whose revolutionary thinking regarding the role of prevention and population-based efforts in psychiatry would greatly influence Leighton’s later work.

Following his service in World War Two, Leighton was appointed as professor in the Department of Psychiatry and the Department of Sociology and Anthropology at Cornell University. From this base he founded a landmark prospective epidemiologic investigation, named the Stirling County Study, which focused on the antecedents and course of depression and anxiety in the general population. Starting in 1948, this project was visionary — ground-breaking in its scope and methodological rigor. Leighton and colleagues incorporated formal standardized criteria for the diagnosis of mental disorders, the application of modern statistical methods, and much more. Alec’s landmark study continues to this day, due to the long term cooperation with his wife, Dr. Jane Murphy, and many other colleagues at HSPH.

In 1966 Dr. Leighton came to Harvard and established the Department of Behavioral Sciences at the HSPH. He was recruited by Dean Schneider and Professor Farnsworth. Alec’s vision for a new department sought to combine the humanitarian goals of the mental hygiene movement with an academic foundation in the social and behavioral sciences. The faculty members and the students of this department represented a “Who’s Who” in psychiatric scholarship.

His colleagues and students from that time describe him “as a rare and lovely man, curious, interested in others, a source of positive stimulation, delightful, wise, creative, and thoughtful.”

Alec was the recipient of multiple honors and awards mostly in psychiatry and the social sciences. In recognition of his work with the Stirling County Study, the National Institute of Mental Health awarded him the first training grant in psychiatric epidemiology in 1968, which is continued at Harvard, essentially without interruption, to this day.

The lessons, the questions, and the modes of thought that Alec brought to Harvard in 1966 are vibrantly alive in the classrooms and seminars at the HSPH today.

I close with Alec’s own words from his novel Come Near, words to revitalize our efforts as public health scholars, clinicians and practitioners. These words reflect our debt for this generous intellect and compassionate scholar:

Now is the time for me to begin making some return to you for the rich, vast hours, … for the thinking, for the feeling. And for making the voices in books real again, and for sharing your own wisdom…. Even when people die you still give to them. I’ve learned that comfort and the giving of love do something, even when you are powerless to prevent death, even when you cannot stop pain or give hope. I have learned from you the value of ‘better’ in a world where seeking absolutes makes one miss chances.

We thank you Professor Leighton for leaving this world better than you found it, and for teaching us the value of ‘better’ in a world that only seeks absolutes.

Presented to the faculty of the Harvard School of Public Health on June 2, 2008, by Stephen L. Buka, Adjunct Professor of Society, Human Development and Health