Alcohol hinders having a baby through IVF, couples warned 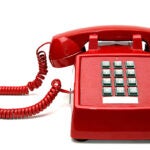 Doctors at Harvard Medical School, in Boston, asked 2,574 couples about their drinking habits shortly before they embarked on a course of IVF treatment.

A little over half of the women (56%) and a third of the men had less than one alcoholic drink a week, while 4% of women and 5% of men consumed at least one drink every day.

Dr Brooke Rossi, who led the study, said men and women who each drank six units of alcohol a week each or more “significantly reduced their likelihood of pregnancy….”