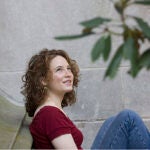 Senior saves you the search for quiet spaces on campus

“This is the happiest day of almost everyone’s life who’s here. Every experience that the freshmen are having is special. Usually we live in the past or the future … to have the ability to live in this present moment is rare. It’s like a dream We’re just so, so happy! She is so excited! She loves to learn and if you love to learn this is a spectacular place to be!”