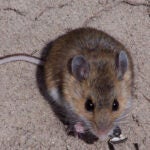 Harvard College sophomore Alison Kraemer knows what it feels like to have a spinal injury.

For six years, Kraemer has been in pain every day, the result of herniated discs suffered in a fall during dance practice. In the years since, she’s not only lived with the pain, she’s endured doctors who were not always sympathetic and come to understand that even with today’s advanced technology, much remains unknown in treating spinal injuries.

Kraemer would like to change all that. This summer, she is interning in the laboratory of Assistant Professor Paola Arlotta, a principal faculty member of the Harvard Stem Cell Institute (HSCI) and researcher at Massachusetts General Hospital, working on the differentiation of corticospinal motor neurons. This fall, Kraemer plans to join a small group of sophomores who will be the first to undertake a newly available concentration: human development and regenerative biology (HDRB).

“If I could do something to help [people suffering spinal injuries], I would,” Kraemer said. “There’s still not much known about how to treat the spinal cord. I’d like to work on that and unfold those mysteries.”

The new concentration being offered by the Department of Stem Cell and Regenerative Biology is the latest example of the University’s commitment to and pre-eminence in the promising new field of stem cell research.

Launched two years ago, the SCRB is the University’s first interschool department, with faculty from both the Faculty of Arts and Sciences and the Harvard Medical School, it has close ties to the Harvard Stem Cell Institute (HSCI) and is chaired by HSCI’s co-directors Douglas Melton, the Thomas Dudley Cabot Professor of the Natural Sciences, and David Scadden, Gerald and Darlene Jordan  Professor of Medicine at Harvard Medical School and Harvard-affiliated Massachusetts General Hospital.

The institute, which marks its fifth anniversary this year, has seen years of rapid growth during which it provided a counterbalance to the Bush administration’s restrictions on federal funding of stem cell research. HSCI was founded as one of several inter­faculty initiatives with the goal of unifying stem cell-related research being conducted at Harvard’s Schools and affiliated hospitals.

The institute, which describes itself as a “scientific collaborative aimed at fulfilling the promise of stem cells,” set itself broad goals of not just fostering research into the science of stem cells, but also examining ethical concerns, regulatory issues and student education, and fostering junior researchers’ work. Where research is concerned, the institute has placed a heavy emphasis not just on conducting laboratory work, but also on making advances that will lead to treatments for patients suffering any of a number of degenerative diseases.

“So many people had an interest in stem cell research and so few of us were talking,” Scadden said of HSCI’s founding. “We saw a tremendous need to create new relationships to take advantage of the community. Driven by the urgency of getting therapies to patients, we thought good things could happen when we combined the academic and clinical communities.”

Researchers outside of Harvard said the institute provided key leadership driven by the clustering of high-profile researchers in Boston and the steady drumbeat of advances their work produced.

“The Harvard stem cell community benefits from the leadership of an extraordinary team of senior scientists, including Doug Melton, David Scadden, Leonard Zon, George Daley, and Stuart Orkin,” said Sean Morrison, director of the University of Michigan Center for Stem Cell Biology and Henry Sewell Professor of Medicine. “Most of the best stem cell programs in the country have one senior scientist who is a leader in the field — Harvard has several. HSCI has also demonstrated the ability to recruit or retain many of the best junior people in the field. Thus Harvard will continue to lead in this area for years to come.”

Alan Trounson, president of the California Institute for Regenerative Medicine (CIRM), said American stem cell researchers were demoralized by the Bush ban, but the support provided by HSCI and the passing of  California’s Proposition 71, which established CIRM with $3 billion in public funding, kept the field energized.

“There was a demoralized community, essentially … without that I think the whole area would have succumbed to a very moderate level. It would have backed down,” Trounson said.

The leadership of Boston area researchers was felt not just across the country, but internationally, Trounson said, as it was the core leadership of what he termed the “Boston Mafia” that established the International Society for Stem Cell Research, which held its seventh annual meeting this year in Spain.

“The vision of some of the people, like Len Zon and Doug Melton and the group there, was really quite astonishing,” Trounson said. “You had a great group of scientists there, with [MIT Professor Rudolf] Jaenisch close by, that really powered up that society and powered up the opportunity through the science.”

Inside HSCI, Melton said that the biggest scientific advances come with the confluence of the right leaders and the right questions being asked at the right time. HSCI, he said, has worked to create a collaborative culture that offers young researchers the opportunity to be part of something different from an individual lab setting.

“The people, ideas, and technology have to come together at the right time,” Melton said. “We created a culture that says to young people that there is an alternative career path in science. Be part of something bigger. We set a high bar of curing disease.”

At the time of the institute’s founding, stem cell research was seen as promising because stem cells can develop into differentiated tissue cells, such as muscle, blood, and bone. By first understanding and then harnessing the cells’ power, researchers believed they could one day use a person’s own cells to grow replacement tissue to treat diseases such as amyotrophic lateral sclerosis (ALS), Parkinson’s disease, diabetes, heart disease, and cancer.

Research in the field has developed rapidly since HSCI’s founding, with several advances being made by HSCI scientists, including creation of a laboratory model of ALS tissue; the creation of 20 disease-specific cell lines that will allow researchers to better study those diseases in the lab; the direct reprogramming of one type of pancreatic cell in laboratory mice into insulin-producing beta cells destroyed by the body in diabetes; and the replacement of two genetic factors used in creating induced pluripotent stem (iPS) cells — a new type of stem cell first created in 2007 — by chemicals, a step on the way to replacing potentially dangerous genes with drugs.

In addition to the conduct of research itself, the institute has supported both research and education. It has created core scientific facilities that affiliated researchers can use in their work and provided millions of dollars in seed grants to foster high-risk/high-reward research in its early phases. The institute’s education programs have hosted summer interns each year since 2005. It has hosted eight forums aimed at educating the public and offering a place for discussion, and it has created an online stem cell textbook featuring the latest research in stem cell biology.

HSCI Co-Director Scadden said that in addition to the tangible achievements over the past five years, it is important to recognize that the institute has created a collaborative model of science that didn’t previously exist at Harvard, where tradition kept researchers largely within their departmental bounds.

“We have actually created a culture of science that we didn’t grow up with. It’s one of our greatest accomplishments,” Scadden said.

By the end of the fall semester, undergraduates will become part of the community that has grown up around stem cell research by declaring for the human development and regenerative biology concentration for the first time.

William Anderson, the department’s undergraduate curriculum development manager, said it is unclear how many students the concentration will attract this fall, given it has received considerable interest among undergraduates he has met. Over the next few years, as students progress through the course of study, Anderson anticipates the concentration to have as many as 150 sophomores, juniors, and seniors.

Through 13 required courses, concentrators will learn how the body develops, ages, and repairs itself. Though stem cells are an important part of this process, Anderson said it’s too limiting to think of HDRB as the “stem cell concentration.” Although stem cells were first identified in the 1960s, developmental biology goes back to Aristotle, Anderson said.

The concentration, which includes two laboratory courses and an independent research project that typically should be done in a student’s junior year, will prepare students for fields in which a knowledge of biology generally, and human biology specifically, would be useful.

Anderson said students will benefit from the fact that the department’s faculty come from both FAS and the Medical School. One advantage of having Medical School faculty as instructors, he said, is that they can lend a clinical perspective to subjects. He cited a course taught by George Daley, associate professor of biological chemistry and molecular pharmacology and of pediatrics at Harvard Medical School and Harvard-affiliated Children’s Hospital. The class, in human disease and its relevance to mammalian biology, allows Daley to talk about biology generally but also talk about its clinical applications, Anderson said.

“It gives an added perspective not traditionally encompassed by courses at the College in years past,” Anderson said.