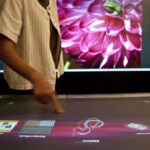 Rewards go further than punishment in building human cooperation and benefiting the common good, according to research published this week (Sept. 3) in the journal Science by researchers at Harvard University and the Stockholm School of Economics. While previous studies have focused almost exclusively on punishment for promoting public cooperation, rewards are shown to be much more successful in this research.

The new study, which finds that rewards robustly build compliance and cooperation, could help in developing solutions for thorny problems requiring the cooperation of large numbers of people to achieve a greater good. It was conducted using a computer-based public goods game, a classic experiment for measuring collective action in a laboratory setting. The study contradicts previous research, which has stated that peer punishment is the only effective mechanism for promoting public cooperation.

“All of us engage in public goods games, on both large and small scales,” Rand says. “Climate change is a huge public goods game: If each person does his or her part to con-serve energy and reduce CO2 emissions, it benefits us all. On a more local level, public goods games include volunteering on school boards, helping to maintain public facilities in your community, or cleaning up after yourself and doing your share of work at the office.”

“In these types of domains, where people interact repeatedly with each other to solve a group social dilemma, our work suggests that rewards result in better outcomes than punishment,” Rand says. “Rewards can change individuals’ behavior and encourage cooperation without the destructive negative consequences that come with punishment.”

Rand and his colleagues, headed by Martin A. Nowak of Harvard’s Program for Evolutionary Dynamics, examined cooperation among 192 participants in a public goods game probing the fundamental tension between the interests of an individual and a group.

In more than 50 rounds of interaction, each of four participants in a group would decide how much to contribute toward a common pool that benefited all four equally. Each participant was then able — at a cost to himself or herself — to either reward or punish each of the three other subjects for their contributions to the group, or lack thereof.

As in real life, Rand says, study subjects tend to resent “free riders” who fail to contribute to a group yet reap the benefits of membership in it.

Previous research has suggested that punishment can compel cooperation in anonymous two-time interactions where individuals need not worry about reputation or retaliation — a scenario Rand, Nowak, and colleagues find unrealistic, since most of our real-life interactions are recurring, with our reputations always at stake.

“Sometimes it is argued that it is easier to punish people than to reward them,” the researchers write. “We think this is not the case. Life is full of … situations where we can help others. These sorts of productive interactions are the building blocks of our society and should not be disregarded.”