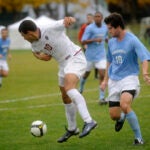 Will become repository of scholarly works, retrospective articles, and papers

Harvard took a DASH toward opening access to its scholarship this week (Aug. 31).

DASH stands for Digital Access to Scholarship. It’s an open-access repository of scholarly works administered by the University Library. So far, more than 350 members of the Harvard research community take part, including more than a third of scholars in the Faculty of Arts and Sciences (FAS).

“DASH is meant to promote openness in general,” said Robert Darnton, Carl H. Pforzheimer University Professor and director of the University Library. “It will make the current scholarship of Harvard’s faculty freely available everywhere in the world.”

He compared DASH to Harvard’s current digitizing of books in its library system, making titles accumulated since the 17th century accessible worldwide.

“These and other projects,” said Darton, “represent a commitment by Harvard to share its intellectual wealth.”

Visitors to DASH can locate, read, and use some of the most up-to-the-minute scholarship Harvard has to offer — more than 1,500 items.

DASH is a joint project of the Office for Scholarly Communication (OSC) and the Office for Information Systems (OIS), both strategic programs of the Harvard University Library. The idea originated in February 2008, when FAS faculty representatives unanimously adopted an open-access policy for research.

In legal terms, each participating faculty member grants DASH users nonexclusive, irrevocable, paid-up, worldwide license to exercise any and all rights under copyright in any medium, and to authorize others to do the same, provided that the articles are not sold for a profit.

In addition, faculty members are committed to providing copies of their manuscripts for distribution, an action the DASH repository enables.

The policy was written by OSC Director Stuart M. Shieber, Harvard’s James O. Welch Jr. and Virginia B. Welch Professor of Computer Science. It marked a groundbreaking shift from simply encouraging scholars to consider open access to creating a pro-open-access policy with an “opt-out” clause.

“It’s the best university policy anywhere,” said OSC fellow Peter Suber of the Scholarly Publishing and Academic Resources Coalition in Washington, D.C., and a fellow of Harvard’s Berkman Center for Internet and Society.

“It shifts the default so Harvard faculty must make their work openly available unless they opt out,” he said. “The default at most universities is the other way around: You have to choose open access and arrange for all the provisions.”

To date, Harvard Law School (HLS), the John F. Kennedy School of Government, and the Harvard Graduate School of Education have joined FAS in supporting a comprehensive open-access policy.

HLS’s John Palfrey expects DASH participation and contributions to “grow significantly during the fall 2009 semester.” He is vice dean of Library and Information Resources at HLS and the Henry N. Ess III Professor of Law.

DASH is still a “beta” — experimental — project. It is based on the open-source DSpace repository platform.

So far, the team has added a link from a faculty author’s name to his or her entry in Profiles, a research social networking site developed by Harvard Catalyst. Profiles, which provides a comprehensive view of a researcher’s publications and connections within the University research community, currently indexes faculty from Harvard Medical School and Harvard School of Public Health; its developers hope to expand it to include the Faculty of Arts and Sciences and School of Engineering and Applied Sciences in the near future.

DASH also currently supports automated embargo “lift dates,” so a work can be deposited “dark” and then automatically switched to open access once a publisher’s embargo has expired.

Another innovation is DASH’s PDF header page. When a user downloads a full-text item, DASH generates a header page for the document, giving its provenance and relevant terms of use.

The terms of use were drafted after a series of conversations with publishers about Harvard’s open-access initiatives, said Shieber. “We wanted to give publishers the opportunity to articulate their concerns about Harvard’s intended use of content in the repository.”

In the past few months, “we’ve made strong progress over the private beta period,” said Shieber. For example, ways for faculty to deposit their work in DASH have been simplified and integrated, he said.

“We still have a long way to go in terms of faculty education, coverage of Harvard scholarship, and DASH enhancements,” said Shieber. But making the DASH beta phase public means there is wide access to the Harvard holdings already, and users outside Harvard help test the repository, he said. “We welcome any feedback.”

All these ways of sharing information “will eventually synchronize with one another,” said Shieber. When a Harvard author is updating a profile or a CV on a personal Web site, for instance, a DASH up-load will be there.

DASH is also synchronized with tools that store bibliographic information, provide open access to full text, and control established subject repositories that are already used by scholars to disseminate their work.

“Ultimately, “ said Shieber, “DASH will provide as comprehensive and as open a view of Harvard research as possible.”