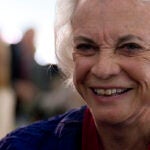 Chosen for accomplishments in literature, history, or art

“The Faculty of Arts and Sciences is delighted to recognize these eminent scholars, whose innovative research has forged new paths in their respective fields,” said Michael D. Smith, dean of FAS. “We congratulate them for their outstanding accomplishments and commend them for their many contributions to the Harvard community, not only as scholars but also as teachers and mentors.”

Peter Bol, Charles H. Carswell Professor of East Asian Languages and Civilizations, is a historian of later imperial China. He chairs the China Biographical Database Project, an online database that contains biographical information on individuals who lived between the seventh and 14th centuries. The data is primarily used for statistical and spatial analysis. He also chairs the China Historical GIS, a geographic information system covering 2,000 years of China’s history. Bol was honored with a Cabot Fellowship for “Neo-Confucianism in History” (Harvard University Press, 2008), a study of Neo-Confucianism in China during the Song, Yuan, and Ming dynasties.

Vincent Brown is the Dunwalke Associate Professor of American History. Brown studies the political implications of cultural practice within a broad sweep of American history, focusing especially on the history of slavery and the African diaspora. He has been awarded a Cabot Fellowship for his book “The Reaper’s Garden: Death and Power in the World of Atlantic Slavery” (Harvard University Press, 2008), which has received the 2009 Merle Curti Award, the 2009 James A. Rawley Prize, and the 2008-09 Louis Gottschalk Prize. “The Reaper’s Garden” is about the perception and role of death in cultural and political life in Jamaica, which was the hub of the British Empire in early America.

Timothy Colton is Morris and Anna Feldberg Professor of Government and Russian Studies and director of the Davis Center for Russian and Eurasian Studies. In his scholarly work, Colton explores Russian and post-Soviet government and politics. Colton was honored with a Cabot Fellowship for “Yeltsin: A Life” (Basic Books, 2008), a detailed and comprehensive biography of the controversial Russian leader who left office in 1999 and passed away in 2007. The book is the first to cover Yeltsin’s complete life, including his early childhood when his family was victimized by the Stalin regime.

Marjorie Garber is William R. Kenan Jr. Professor of English and of Visual and Environmental Studies, chair of the Department of Visual and Environmental Studies, and director of the Carpenter Center for the Visual Arts. She is the author of 16 books on topics ranging from gender and sexuality to literary and cultural theory to animal studies. Her six books on Shakespeare include “Shakespeare After All” (Pantheon, 2004), 2005 winner of the Phi Beta Kappa Society’s Christian Gauss Book Award, and most recently, “Shakespeare and Modern Culture” (Pantheon, 2008), for which she was honored with a Cabot Fellowship. The book discusses the reciprocal relationship between the playwright’s work and modern culture.

Anne Harrington is professor of the history of science and chair of the Department of the History of Science. Her research addresses the history of psychiatry, neuroscience, and other mind and behavioral sciences. Harrington received a Cabot Fellowship for her book “The Cure Within: A History of Mind-Body Medicine” (W.W. Norton, 2008). The book looks at the historical emergence of six core stories — from “the power of positive thinking” to “healing ties” to “eastward journeys” — that collectively shape the way we think today about the role of the mind in illness and healing.

John Stauffer is professor of English and of African and African American studies, and chair of Harvard’s Program in the History of American Civilization. Primarily a scholar of the Civil War, he also writes about social protest movements and visual culture. Stauffer has authored seven books. He is honored for “Giants: The Parallel Lives of Frederick Douglass and Abraham Lincoln” (Twelve, 2008), a study of the unlikely friendship between the two eminent statesmen. This month Stauffer will publish his eighth book, “The State of Jones” (Doubleday), which he co-authored with Sally Jenkins of the Washington Post.