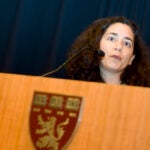 Harvard researchers at Brigham and Women’s Hospital (BWH) found that diabetics hospitalized for noncritical illnesses who develop hypoglycemia (low blood sugar) during hospitalization have an increased likelihood of remaining hospitalized longer and a greater risk of mortality both during and after hospitalization. This research appears in the July 2009 issue of Diabetes Care.

Previous research showed an increased risk of mortality, seizures, and coma in patients who, while admitted to the intensive care unit (ICU), developed hypoglycemia. “Ours is the first study to examine mortality risks for hospitalized diabetes patients outside of a critical care setting,” said Alexander Turchin of the Endocrinology Department at BWH. “This is crucial because a majority of hospitalized diabetics are treated on the general ward rather than the ICU.”

Preventing hypoglycemia: Tips from the National Institutes of Health

Researchers examined the medical records of more than 2,500 diabetics admitted to the general ward of a teaching hospital. They studied the association between the number and severity of hypoglycemic episodes with inpatient mortality, length of hospital stay, and mortality within one year of discharge.

This study found that for each hospital day with at least one hypoglycemic episode, there was an 85.3 percent increased risk of dying as an inpatient and a 65.8 percent increased risk of dying within one year of discharge. The odds of inpatient death also tripled for every 10 mg/dl decrease in the lowest blood glucose during hospitalization. Additionally, a patient’s length of stay increased by 2.5 days for each day spent in the hospital with a hypoglycemic episode.

“Hypoglycemia is common among diabetics admitted to the general ward,” said Turchin. “These findings provide support for considering increased monitoring, more aggressive treatment of infections, and transitioning to a more intensive care setting for diabetic patients who have developed hypoglycemia in the general ward.”

The study was funded by grants from the Diabetes Action Research and Education Foundation and the National Library of Medicine.