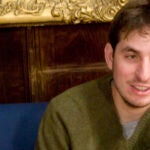 When Boston was the hub of the literary world

Dan Aykroyd has got Cultural Rhythms and blues.

The Blues Brother and Academy Award-nominated actor was in fine form last Saturday (Feb. 28), hoofing his way onstage as the Sam and Dave classic “Soul Man” blared at the sold-out Sanders Theatre crowd. As celebrity emcee of the 24th annual Cultural Rhythms Festival and the Harvard Foundation’s Artist of the Year, a bespectacled Aykroyd dazzled the audience of Harvard students, faculty, and staff with his inimitable voice and comedic overtures that have made him one of the world’s most beloved entertainers.

Aykroyd’s entrance came after a stunning inaugural performance by Corcairdhearg: the Harvard College Irish Dancers who made their way onstage in an explosion of fast-paced fiddle music accompanied by traditional Irish tap dancing and stomping.

“I’ve had the privilege of knowing [Aykroyd] for some time,” revealed Counter. “When you’re with him, you feel like you’re learning something all the time.”

The Harvard Foundation’s Artist of the Year is honored for invaluable contributions to the world of entertainment — and to the world at large. Aykroyd, in his decades-long career, boasts a prolific list of films and has achieved great musical success. He is one-half of “The Blues Brothers,” and has written and starred in films such as “Coneheads,” “Driving Miss Daisy,” “My Girl,” and “Ghostbusters.” Aykroyd is also a founder of the restaurant and musical venue House of Blues, which seeks, as its Web site states, to “celebrate the African American cultural contributions of blues music and folk art,” as well as “to celebrate the diversity and brotherhood of world culture.” Aykroyd’s other philanthropic pursuits include supporting the International House of Blues Foundation, Best Friends Animal Society, Eblen Charities, the Dream Foundation, and Artists Against Racism.

Counter called his friend a “distinguished gentleman of honor,” and detailed their morning together, which included an early breakfast with freshmen.

“May I present to you the original Blues Brother, a very fantastic performer, an original ‘Saturday Night Live’ member, and now he’s here as our Artist of the Year,” Counter declared, as the crowd, upon hearing the first blast of music, whooped and clapped while a boogying Aykroyd emerged.

“I never thought, in my life, I’d be honored by the Harvard Foundation,” said the actor, suited all in black and catching his breath. “Being a college dropout from Carleton University, Ottawa, Canada.

“But it’s nice to be entertained for a change,” added Aykroyd, whose emcee duties included interviewing the student performers. Most of his comments were admiring: “Boy, if I went into training with you I could lose some pounds,” he said of the Irish dancers. And while Aykroyd was the guest of honor, the student performers were the real stars of the show.

Among the afternoon’s 12 performance groups, the entertainment included mariachi dancing by Ballet Folklórico de Aztlán, a smoke dance by Harvard Intertribal Dance Troupe, a traditional “flirtatious dance” by the Ukrainian Folk Dancers (to whom Aykroyd demanded, “Where are my pierogies?”), and a graceful dance with tambourines by the Asian American Dance Troupe. But it was the renowned Kuumba Singers of Harvard College who really stirred the star. The choir’s repertoire included a cappella gospel songs and haunting “Negro spirituals.” Aykroyd watched the singers in awe, and, once the act was over, broke into “This Train Is Bound for Glory,” much to the choir’s delight.

“Is your father or mother a preacher?” he asked Kuumba member Gianina Jean-Baptiste ’09.

Dean of Harvard College Evelynn M. Hammonds, along with Counter and afternoon show directors Nworah Ayogu ’10 and Jackie Hairston ’10, presented Aykroyd with his Artist of the Year plaque.

“I wish to thank you all,” said Aykroyd, “for enlightening me through the Cultural Rhythms Festival.” Reading from several pages, Aykroyd spoke at length about “the concept of collaboration,” working together, and showing respect and appreciation for others’ skills and talents.

The afternoon festivities were capped off with a grand finale performance by a mix of students from the groups who danced to — what else? — the “Ghostbusters” theme song.

Who ya gonna call, indeed.