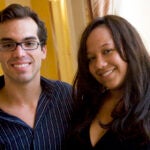 “Mark Jordan is both a distinguished Christian ethicist and a widely recognized authority on Aquinas, but equally important he has an outstanding reputation as a gifted and dedicated teacher and mentor,” said Dean of the Faculty of Divinity William A. Graham. “Thus, he is an exceptionally fine inaugural incumbent of the Niebuhr chair, given its focus on Christian values and morality in their social context.”

“I am delighted, and honored, by this appointment to the Niebuhr chair,” Jordan said. “The gift establishing the chair recognizes many ideals that I also affirm: the challenge for religious ethics in imagining new forms of life, the promise of theological writing, and the quiet importance of teaching. I look forward to joining many others at the Divinity School who have long been thinking about these questions — not least in regard to religious controversies around gender and sexuality.”

Before coming to Emory, where he served as director of the program in comparative literature and religion, Jordan taught at the University of Notre Dame. He was educated at St. John’s College (in Annapolis, Md., and Santa Fe, N.M.), the Universidad de Granada, and the University of Texas, where he received a doctorate in philosophy in 1977.

The Niebuhr chair was made possible by a 2006 gift from HDS alumnus Thomas M. Chappell, co-founder and chief executive officer of Tom’s of Maine. The new professorship was named to honor Hollis Professor of Divinity Emeritus Richard Niebuhr, and intended, in the tradition of Niebuhr’s work, to address issues of Christian morality, ethics, and values in the contemporary interaction of religion and society.

“For me the realm of values and ethics was introduced systematically with Richard Niebuhr’s courses,” Chappell, who received a master of theological studies degree from HDS in 1991, recalled at the time of his gift. “It is a great joy to be able to help the School in the teaching of values and ethics, an area where there’s a tremendous need. With this gift I am honoring Dick Niebuhr, but I’m also finding a practical way to present the utility of Dick’s teaching.”

Chappell’s gift of more than $3 million is being augmented by $1 million from Harvard University’s Professorship Challenge Fund, a $50 million initiative established in 2006 to encourage the support of faculty in key areas.