Teen diets can hurt their lungs 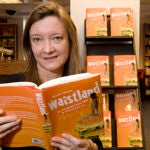 Getting to obesity’s bottom line

For most teenagers in the United States and Canada, fish and fruit are not high on their delicious list. Also, many of them — about 20 percent of those under 18 — cough, wheeze, and suffer from asthma and bronchitis. Researchers at the Harvard School of Public Health (HSPH) have found a connection between these two situations.

A study of more than 2,100 high school seniors found that those who eat the least fruit and fish have the weakest lungs.

“Most of the adolescents in our study had dietary intakes of fruit, vegetables, vitamin E, and omega-3 fatty acids below recommended daily levels,” notes Jane Burns, a research fellow at HSPH. (Omega-3 fatty acids are plentiful in fish.) “These low intakes were associated with lower lung function and increased odds of asthma and chronic bronchitis.”

Smoking is the main cause of such lung problems, quadrupling the risk of smokers compared to those who don’t smoke. The combination of smoking and not getting enough vitamins and other nutrients ups the risk of getting chronic bronchitis symptoms seven times, according to Burns and her colleagues.

Air pollution could make things even worse, of course. Different levels of city pollution and socioeconomic factors could complicate a study like this so such complications were reduced by testing adolescents only from mid-sized suburban and rural communities. The 13 cities involved include places like Charlottesville, Va.; Aberdeen, S.D.; Monterey, Calif.; Leamington, Ontario; Yorktown, Saskatchewan; and Penticton, British Columbia.

Burns and her colleagues at Harvard and Health Canada published their findings in the July issue of the medical journal Chest. Other researchers have found that coughing, wheezing, and asthma in adults and young children are associated with diets low in fruit vegetables, vitamins, and omega-3 fatty acids, but this is one of the largest investigations of the connection among teens.

Teens who consumed the least amount of vitamin E, either in food or supplement form, were more likely to have asthma, now one of the most common diseases among adolescents. Present in green leafy vegetables, vegetable oils, nuts, cereals, and meats, E is essential for maintaining normal lung cell structure and protecting lungs and other tissues from damage by pollutants.

Vitamin C is also necessary for protecting lungs and other organs from infections and the general wear and tear of living. Good sources of it include oranges, lemons, tomatoes, green veggies, potatoes, and strawberries.

Most of the teens in the study got the daily recommended amount of C mainly from fruit punch, which Burns says is not the best way to get the vitamin.

Also, those who just made it to the recommended amount of C per day still did not boast the healthiest lungs. This, says Burns, “suggests the current daily recommended intake for vitamin C may not be adequate to protect lung function.” She suggests raising the daily amount from the 85 milligrams now recommended to 100 milligrams.

Fish turned out to be especially unpopular with the tested teens. “Fatty acids” have an unhealthy sound, but are actually nutrients that can be important to sustain the rapid growth that takes place during adolescence. Fish such as salmon, pollock, and catfish are good sources of omega-3. “They, along with herring, contain lower levels of mercury,” Burns explains. Swordfish and tuna boast high levels of omega-3 fatty acids but also have higher levels of mercury. The American Heart Association recommends eating at least two three-ounce servings of fish each week. Omega-3 fatty acids seem to help keep both lungs and hearts healthy by protecting them against various sources of inflammation.

“Several other studies have noted fewer reports of coughing or wheezing associated with higher dietary intake of omega-3 fatty acid-rich foods, which is consistent with our findings,” Burns says.

Teens and others who don’t enjoy fish or broccoli have the option of getting vitamins through supplements. Burns says, “Vitamin supplements are fine but they may not be enough. Supplement use does not completely alleviate the problem since omega-3 fatty acids and other nutrients may not be included. Also, evidence suggests a greater biological effect from eating whole foods than from supplements alone.” In other words, take your supplements with orange juice, a leafy salad, or a slice of salmon.

“I would also recommend consuming vegetable oil as a routine part of meals,” suggests Burns. “It can be used in place of butter where palatable.”

For the healthiest lungs, don’t smoke. Remember, teens who both smoke and don’t get enough vitamin C increase their risk of chronic cough, phlegm, and bronchitis from four to seven times.