Jeffrey S. Flier named next dean of Faculty of Medicine 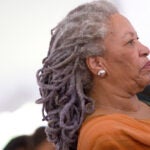 A member of the HMS faculty since 1978, Flier has served for the past five years as chief academic officer of the Beth Israel Deaconess Medical Center (BIDMC), one of Harvard’s leading affiliated hospitals, where he is also the Harvard faculty dean for academic programs. He has been closely involved in recent discussions of the future of Harvard-wide science, as a founding member of the Harvard University Science and Engineering Committee, and previously through his service on the University Planning Committee for Science and Engineering.

A prominent authority on diabetes and obesity, Flier is known for his research into the molecular mechanisms of insulin action and insulin resistance, as well as the molecular pathophysiology of obesity.

He has also been active in shaping medical education through his work in overseeing HMS teaching programs conducted at the BIDMC and his involvement with the Harvard-MIT Health Sciences and Technology program (HST).

“Jeff Flier is an outstanding academic leader, scientist, and medical educator, whose impressive experience, broad perspective, and collaborative instincts promise to guide the Harvard medical community smartly forward,” said Faust. “He enjoys broad respect among his colleagues both for his leadership qualities and his academic accomplishments, and he combines exceptional intelligence with an admirable ability to bring people together around issues of academic and institutional importance. His outlook and experience will position him well to build on the remarkable strengths of our Medical School, to strengthen cooperative efforts within the broader Harvard medical community, to pursue important new opportunities for fruitful connections with other parts of the University, and to speak more broadly to medical and health issues of national and international concern.

“Harvard takes great pride in being home to one of the world’s most productive and dynamic centers of academic medicine,” Faust added, “and I am delighted that Jeff Flier has agreed to serve as our new dean.”

“I am deeply honored, as well as thrilled, by the opportunity afforded to me by President Faust to serve as the next dean of Harvard Medical School,” said Flier. “During the 29 years that I have pursued an extraordinarily rewarding academic life within the Harvard medical community, I have come to know its amazing strengths from its students to the faculty, both on the Quad and within the Harvard-affiliated hospitals and research institutions.

“This medical school is a national treasure, and while it is a humbling thought that I will now have great responsibility for maintaining and enhancing the accomplishments of HMS, this is a responsibility that I accept with great optimism and excitement.

“Joe Martin has capably set the stage for the next evolution of Harvard medicine and I thank him and my many colleagues and friends on the faculty for their support. I know that together there are few things that we cannot accomplish.”

Flier succeeds Joseph B. Martin, who stepped down as dean on June 30 after a decade of distinguished service. Barbara J. McNeil, the Ridley Watts Professor of Health Care Policy and Professor of Radiology, became acting dean on July 1 and will serve through the end of August.

In his current roles as chief academic officer and Harvard faculty dean for academic programs at the BIDMC, Flier oversees both a broad range of hospital-based teaching programs and a biomedical research enterprise that is currently ranked third among independent hospitals nationwide in funding from the National Institutes of Health. Earlier in his career, he was vice chair for research of the BIDMC’s Department of Medicine (1998-2002), chief of the Division of Endocrinology (1990-2000), and chief of the Diabetes Unit (1978-90).

Flier joined the HMS faculty in 1978, and rose through the ranks to become a full professor in 1993 and the Reisman Professor of Medicine in 1998. Before taking up his role as Harvard faculty dean for academic programs at the BIDMC, he was a member of the curriculum committee for the Health Sciences and Technology program and for several years directed the HST endocrine pathophysiology course.

Having published more than 200 scholarly papers and reviews, he is internationally recognized for his investigations of the molecular mechanisms of insulin action, the molecular mechanisms of insulin resistance in human disease, and the molecular pathophysiology of obesity. Most recently, his research group has assumed a leading position in the use of transgenic models to explore the pathophysiology of metabolic disease, and in studies of the biological role and mechanism of action of the fat-derived hormone leptin.

“This is an extraordinarily exciting time for Harvard medicine, as transformative developments in biomedical research greatly expand our opportunities to understand disease and improve human health,” said Harvard Provost Steven E. Hyman. “At such a moment, we are very fortunate to have someone with Jeff Flier’s broad leadership experience in medical research and education, deep familiarity with Harvard, and strong sense of future possibilities to help Harvard Medical School rise to the challenges ahead.”

For 14 years, Flier was editor of the Beth Israel Hospital Seminars in Medicine series. Through this series he edited over 70 papers that were published in the New England Journal of Medicine. He was associate editor of the Journal of Clinical Investigation from 1989 to 1992, and has served on the editorial boards of Molecular Endocrinology, the Journal of Clinical Endocrinology and Metabolism, and the American Journal of Medicine. He currently serves on the board of consulting editors of Science magazine.

Flier received the Eli Lilly Award of the American Diabetes Association for Outstanding Scientific Achievement in 1991, and was awarded an honorary doctorate in medicine by the University of Athens in 1997. He has also received the Transatlantic Medal of the British Endocrine Society (2004) and the American Diabetes Association’s (ADA) Banting Medal for Scientific Achievement (2005), the ADA’s highest award for scientific achievement.

Flier holds a bachelor’s degree from the City College of New York (1968) and his M.D. from the Mount Sinai School of Medicine (1972), where he graduated with the Elster Award for highest academic standing. He trained in internal medicine at the Mount Sinai Hospital (1972-74), then served as a clinical associate at the National Institutes of Health (1974-78) before joining the HMS faculty.

Flier is married to Eleftheria Maratos-Flier, M.D., an associate professor of medicine at Harvard Medical School. They have two daughters and live in Newton.