Four honored with the Graduate School of Arts and Sciences medal 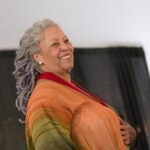 A pioneer in computer science, an anthropologist who has revised our view of primate behavior, a Renaissance scholar who served as Harvard’s 26th president, and an economist who has helped ailing nations recover economic health received the Graduate School of Arts and Sciences Centennial Medal on Wednesday (June 6) at the Harvard Faculty Club.

Frederick Brooks worked as a graduate student under Howard Aiken, the inventor of the early Harvard computers. He later joined IBM, where he worked during the 1950s and 1960s. He was an architect of the Stretch and Harvest computers and later the project manager for the development of IBM’s System/360 family of computers and the Operating System/360 software. For this work he received a National Medal of Technology jointly with Bob O. Evans and Erich Bloch.

In 1964, Brooks founded the Computer Science Department at the University of North Carolina, Chapel Hill, and chaired it for 20 years. Currently, Brooks is Kenan Professor of Computer Science. His principal research is in real-time, three-dimensional computer graphics — “virtual reality.” His research has helped biochemists solve the structure of complex molecules and enabled architects to “walk through” structures still being designed. He received the National Medal of Technology in 1985.

Sarah Blaffer Hrdy has made major contributions to studies of the evolution of primate social behavior, including feminist interpretations of female primate reproductive strategies in evolution and history.

Her interest in primates began with an undergraduate course taught by anthropology professor Irven DeVore. Returning to Harvard as a graduate student, she was influenced by the emerging science of sociobiology and wrote her Ph.D. dissertation on the reproductive behavior of langurs. It was published in 1977 as “The Langurs of Abu: Female and Male Strategies of Reproduction.”

Her books include “The Woman That Never Evolved,” a New York Times Notable Book of 1981; “Infanticide: Comparative and Evolutionary Perspectives” (1984, co-edited with Glen Hausfater); and “Mother Nature: A History of Mothers, Infants, and Natural Selection,” chosen by Publisher’s Weekly and Library Journal as one of the “Best Books of 1999” and winner of the Howells Prize for Outstanding Contribution to Biological Anthropology.

Neil L. Rudenstine served from 1991 to 2001 as the 26th President of Harvard University, where he was also a professor of English and American literature and language.

Rudenstine led Harvard’s most ambitious and most successful university-wide fundraising campaign, which set a goal of $2.1 billion and amassed more than $2.6 billion. During Rudenstine’s tenure, Harvard’s endowment grew from $4.7 billion in 1991 to more than $15 billion.

He oversaw the development of several interdisciplinary academic initiatives, such as the University Committee on the Environment and the Mind/Brain/Behavior Initiative. The Rudenstine era also saw the launch of the Radcliffe Institute for Advanced Study, the David Rockefeller Center for Latin American Studies, the Asia Center, the Center for International Development, the Islamic Legal Studies Program, and the Bagnoud Center for Health and Human Rights.

Prior to his Harvard presidency, Rudenstine served as provost of Princeton University and as executive vice president of the Andrew W. Mellon Foundation. He is the author of “Sidney’s Poetic Development” (1967), the co-editor (with George S. Rousseau) of “English Poetic Satire: Wyatt to Byron” (1972), and the co-author (with William G. Bowen) of “In Pursuit of the Ph.D.” (1992). He is a fellow of the American Academy of Arts and Sciences and a member of the Council on Foreign Relations, the American Philosophical Society, and the Committee for Economic Development.

Rudenstine is currently chairman of ARTstor, a nonprofit digital image archive founded by The Andrew W. Mellon Foundation as a resource for education and scholarship.

Jeffrey Sachs is the Quetelet Professor of Sustainable Development and Professor of Health Policy and Management at Columbia University and director of The Earth Institute. He was director of the United Nations Millennium Project and a special adviser to United Nations Secretary-General Kofi Annan on the Millennium Development Goals, internationally agreed goals to reduce extreme poverty, disease, and hunger by 2015.

Sachs is internationally renowned for advising governments in Latin America, Eastern Europe, the former Soviet Union, Asia, and Africa on economic reforms and for his work with international agencies to promote poverty reduction, disease control, and debt reduction of poor countries.

Time magazine recently named Sachs among the world’s 100 most influential leaders. In 2003, he was elected into the Institute of Medicine of the National Academy of Sciences. He is also a research associate of the National Bureau of Economic Research.

His books include “The End of Poverty: Economic Possibilities for Our Time” (2005), “Investing in Development: A Practical Plan to Achieve the Millennium Development Goals” (2005), and “The Asian Financial Crisis: Lessons for a Resilient Asia” (co-editor, 2000).