At Carpenter Center, ‘Empire Strikes Back’ 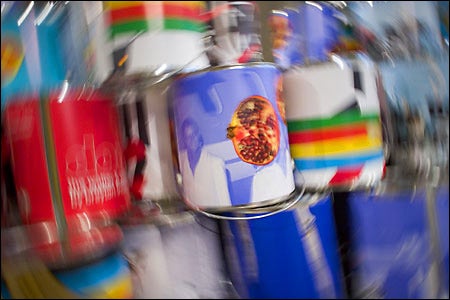 For those peering in the windows from the outside, the Carpenter Centers main gallery looks like a work in progress, or the studio of a frantic, grim, compulsive artist. Angry looking chairs tumble on a silk screen that is itself perched on piles of (paint?) cans. Paint leaks through the wooden frames of canvases. Ketel One vodka ads can be glimpsed through the clutter. Inside it becomes clear that what youre looking at are the politically charged installations of Guyton/Walker, the Josep Lluis Sert Practitioner in the Arts at the Carpenter Center for the Visual Arts. The exhibit is called Guyton/Walker: Empire Strikes Back and is on display through April 20. The disturbing, colorful, eclectic pieces by the collaborative dynamic duo Wade Guyton and Kelley Walker have been called perverse still-lifes. Aptly so.

Guyton/Walker will participate in a conversation with Scott Rothkopf, senior editor of Artforum, tonight (March 16) in the Carpenter Center at 6. An opening reception will follow the lecture. Free and open to the public. 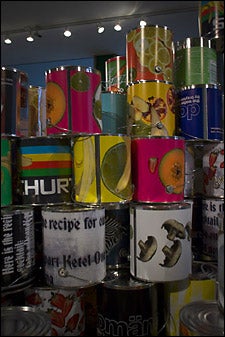