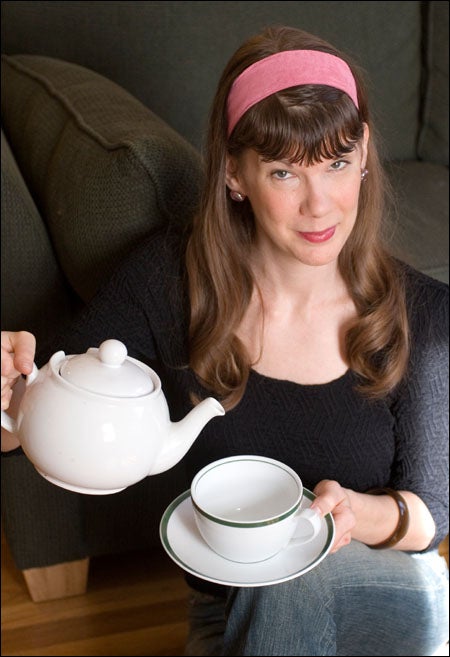 Robin Abrahams is living her dream. “I always wanted to be an advice columnist,” she said. As a young girl, “I was always very attracted to the character of Lucy from Peanuts with her booth of psychiatric advice for five cents. I wasn’t quite sure what psychiatric advice was, but I was quite sure I could dispense it.”

Abrahams lives a double life as the Boston Globe Magazine’s ethics and etiquette columnist Miss Conduct. Each week, she answers questions ranging from what to do when a friend lies on a resume to what to do when one is invited to participate in a wedding party – in drag. The concern with the latter scenario was over whether it would show a lack of respect for the solemnity of the wedding. “I don’t think that complying with a bride’s wishes could ever be construed as disrespecting a wedding,” said Abrahams. “If she [the bride] is not taking the ceremony seriously, certainly no one else is obliged to do so.”

Etiquette has changed over time and has become much more complicated as we have become an increasingly multicultural society, according to Abrahams. “Back in the ’50s, it was supposed to be a white Christian majority with ‘this is the way we do things and if you deviate from that you’re just wrong.'” Now, she says, people must be more tolerant and flexible: “You can’t expect somebody to know all the ins and outs of your cultural tradition.”

And tolerance is among Bostonians’ strengths, she said, in response to the question of whether Boston is a haven for rudeness. “The Boston style is to very much respect people’s privacy, but to be very open about who you are and what you stand for. I find that kind of honesty refreshing.”

Asked about Boston drivers, she responded “I take back everything I said. We’re horrible.”

Humor is an integral part of the Miss Conduct column and a part that comes naturally to Abrahams, who has done stand-up comedy. When receiving advice, she said, “people can more often accept a point if it’s done with humor,” particularly if the point may not be to their liking. “One of the fun things about reading my column is that I don’t always take the side of the person asking the question. Sometimes I have to say, ‘You’re just wrong.'”

Abrahams is a research associate at Harvard Business School, where, she said, “I do a lot of editing and a lot of library research.” She works on producing case studies. She finds it interesting how different people devise wildly different strategies from the same case study, depending on their perspective. In our multicultural society, politeness also varies according to perspective: “We now have multiple ways of being polite and multiple perspectives,” she says. “Taking into account people’s different interpretations of events is a huge part of etiquette.”