Grover, the furry blue monster of “Sesame Street” fame, held a press conference at the Harvard Graduate School of Education (HGSE) Tuesday (Feb. 8) to announce the Harvard School of Grover, a new school of “all the major majors,” including not only law, medicine, and business but also hotel and restaurant management and air conditioning and refrigeration repair.

Despite the monster’s promises to HGSE Dean Ellen Lagemann that the Harvard School of Grover would be “cute, fuzzy, and very educational,” and that its medicine curriculum would include such advanced concepts as “the knee bone is connected to the shin bone,” Lagemann rejected Grover’s educational proposal.

Instead, she and Sesame Workshop President and CEO Gary Knell – with help from “Professor” Grover – announced a new collaboration that will focus on how electronic media can create powerful educational methods for children between the ages of 6 and 9. At its core is a new course “Informal Learning for Children,” taught by lecturer in education Joseph Blatt – with frequent lectures by visiting Sesame Workshop executives, and a Web-based bulletin board that aims to link HGSE students with research projects at Sesame Workshop.

Citing the partnership between the HGSE and Sesame Workshop (the nonprofit organization behind “Sesame Street,” formerly Children Television’s Workshop) that began with the creation of “Sesame Street” more than 30 years ago, Lagemann called this relationship “rekindled.”

“I am personally thrilled that the Ed School has reconnected with Sesame Workshop … [because] of what we are calling ‘usable knowledge.’ Usable knowledge is created when the findings of research are translated into the tools – the textbooks, the tests, and even the television programs – that teachers and learners themselves need to learn and to go on learning throughout their lives,” said Lagemann. “‘Sesame Street’ provides a quintessential example of usable knowledge.”

Knell added, “Today, we’ve come this long journey to reignite this relationship between the Education School and the Workshop. We’ve come back to our roots and together put joint resources and brainpower to create a new course.”

In the late 1960s, when “Sesame Street” was created, a number of HGSE faculty members played critical roles in shaping the series, bringing their educational research and curriculum expertise to the writers, producers, actors, and puppeteers of “Sesame Street.” In the mid-1970s, the Center for Research in Children’s Television was established, fostering collaboration between faculty members and students to create content for Children’s Television Workshop, including both “The Electric Company” and “Sesame Street.”

Knell stressed that the links between the two institutions are as relevant now as they were in 1968. “The Harvard Graduate School of Education and Sesame Workshop share a history and a passion for really furthering the interests of our children,” he said. “This school strives to improve education through research and helps prepare practitioners for going out in the world. The [Sesame] Workshop follows a similar conviction in its mission to use research to create educational content to help children reach their highest potential.” 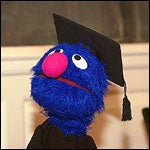 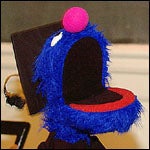 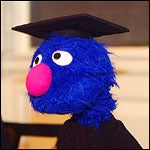 The new course will focus on how media can improve health behaviors, particularly the nutrition and exercise issues that get at the heart of rising childhood obesity. It will also challenge the idea that 6- through 9-year-olds can’t be taught with educational media, said Knell, citing a long-held notion in the entertainment industry that’s borne itself out on public television, which has largely failed to create successful programming for that age group. “It’s a creative question about where do you connect with a 7- and 8-year-old?” he said, adding that the challenge ahead is translating this age group’s love of school into television.

Blatt, director of HGSE’s Technology in Education Program and a long-time producer of programs for public television, called the participation of Sesame Workshop executives in the course an “astonishing opportunity” for the 70 students enrolled in the spring semester course. “We think that the skills that Gary and some of his collaborators will bring will enable these students to then become contributing members – as writers, as researchers, as curriculum developers, even as producers – of all kinds of media in all kinds of subjects,” said Blatt.

As the press conference wound to a close, Lagemann, Blatt, and Knell were upstaged once again by the charms of Grover, who mugged for photos with faculty members, television executives, and children, including Blatt’s own. Lagemann, for one, seemed willing to cede the spotlight. “This is the most fun day I’ve had,” Lagemann confided.