Anna Franekova ’05 and Cora Tsang ’05 share the 2004-2005 Tazuko Ajiro Monane Prize, which is awarded each year to an outstanding student of Japanese who has completed at least two years of Japanese language study at Harvard. Tsang (above center) takes photos with friends at the ceremony honoring the winners. 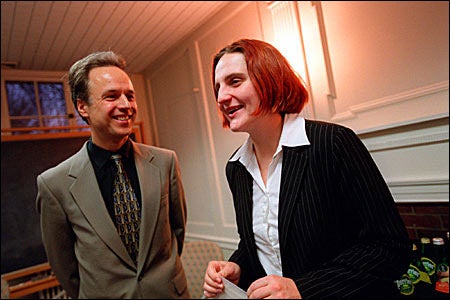