Discovering how we appreciate a loss

Extending the legal definition of discrimination 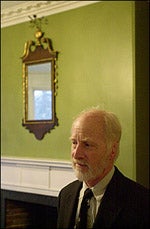 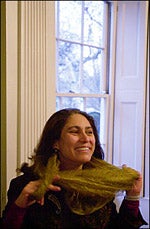 It sounds like a bad joke: What happens when two psychologists and a lawyer join forces?

The answer is no joking matter.

At the Radcliffe Institute for Advanced Study, social psychologists Mahzarin Banaji of the Harvard faculty and the University of Washington’s Anthony Greenwald have joined University of California, Berkeley, legal scholar Linda Hamilton Krieger for a research project that aims to extend the boundaries of the legal definitions of discrimination. Organized by Banaji, the Cabot Professor of Social Ethics in the Faculty of Arts and Sciences and Pforzheimer Professor at Radcliffe, this interdisciplinary “cluster” of scholars is using its Radcliffe year to produce a series of articles and lay the groundwork for a documentary video that will bring new insights in social psychology from the laboratory to the courtroom – and beyond.

The work of these Radcliffe fellows, called “The Legal Design of Equality Based on the Science of Ordinary Prejudice,” turns on nearly 20 years of research by Banaji and Greenwald on what they call “implicit prejudice.”

“We’ve found that ordinary people, including ourselves, harbor negative associations toward particular social groups on ‘implicit’ measures of bias, even though they honestly report having no such bias at the conscious level,” says Banaji. And this bias is hardly inconsequential, she says: Implicit attitudes, they have found, predict behavior, from simple acts of friendliness and inclusion to judgments of “goodness” or evaluation of the quality of work.

Working with Brian Nosek of the University of Virginia, they have developed the Implicit Association Test, or IAT, to measure and document this implicit prejudice. Dubbed “Project Implicit,” the research launched a Web site in 1998; visitors have completed 3 million demonstration tests. Banaji likens it to a “science museum on the Web,” where visitors learn, firsthand, how human minds acquire stereotypic and prejudicial associations from their social environment and the broader culture.

Now, this cluster is working to get this research applied to legal situations. “The central idea is to use the energy generated by research on unconscious forms of prejudice to understand and challenge the notion of intentionality in the law,” says Banaji.

The problem with intent

Krieger, who practiced civil rights law and employment law for 13 years before joining academia, explains that successful prosecution of most civil rights violations requires proof of intent to discriminate – a premise that runs afoul of the psychologists’ research on implicit prejudice.

She offers as an example the well-reported case of Amadou Diallo, the black man shot and killed on his doorstep by four white New York City police officers in 1999 when they mistook the wallet in his hand for a firearm. The officers were acquitted of criminal charges, and a civil rights suit filed by Diallo’s parents against the city of New York and the officers was settled earlier this year.

Had Diallo’s parents’ case gone to trial, says Krieger, in order to prove that the officers had violated his right to equal protection under the 14th Amendment, they would have had to prove that, in shooting Diallo, the officers were motivated by an intent to discriminate against him.

“The police officer would have had to have it in his mind, ‘This is what I want to do. This is a black person, I don’t like black people, I should shoot him,'” says Greenwald.

Read Radcliffe Quarterly article on the formation of this cluster

Not surprisingly, such intent – whether in a highly publicized case like Diallo’s or a far more mundane workplace gender discrimination suit – is notoriously difficult to prove. The work of this cluster hopes to change that by bringing findings on “ordinary” prejudice to the law.

“We now understand that much discrimination is unintended. Nevertheless, it’s real discrimination … and it’s a consequence of stuff that’s inside people’s heads. But if you ask them what they intend, they will quite honestly deny any intent, and they would be accurate from our perspective,” says Greenwald.

In the Diallo case, adds Krieger, race likely did play a role, but it was an implicit role, not an intentional one. “It was the result of an association between blacks and weapons or black maleness and propensity toward violence that those police officers, like others in the culture, absorb through media exposure, through a variety of different inputs. But it certainly doesn’t operate on the level of conscious intention or awareness,” she says.

There is nothing in the 14th Amendment, says Krieger, that, at least under existing Supreme Court interpretation, provides an effective mechanism for reckoning with that kind of implicit bias.

To Krieger and several other legal scholars working more remotely in this cluster (Ian Ayres from Yale Law School, and Gary Blasi and Jerry Kang, both from the University of California, Los Angeles), this close look at discrimination theories and the law highlights a broader issue. While social psychology creates and advances new knowledge regularly, the law lags in incorporating this empirical research, clinging instead to naïve lay notions of social perception and judgment that are at best outdated and at worst, wrong.

“The larger question is, as psychological science moves forward, how does one go about updating the lay psychological theories that are embedded in legal doctrine, given that the law is so backward-looking, so precedent-driven, and where theory change in law threatens the perceived legitimacy of the judicial enterprise?” says Krieger.

For example, when the landmark Brown v. Board of Education called on empirical evidence from the social sciences – studies finding that racial segregation may have a lasting negative impact on the personality development of black children – it drew scathing criticism from legal scholars. They believed that the law should be a theoretical, philosophical enterprise, not one relying upon scientific research.

Half a century later, the Radcliffe cluster is braced for such an outcry. “We are expecting that our project will draw criticism that insights from the empirical social sciences don’t really belong in the law. To which we expect to respond, we’re not bringing psychology into the law, psychology is already there,” says Krieger, “and to a great extent, the law has gotten the psychology wrong.”

As the cluster works to extend the research on implicit prejudice to other realms such as health care, employment, and education, the group’s highest aim is to apply this new knowledge to help erode discrimination everywhere.