Harvard School of Public Health nutrition experts are looking to bring their fight for healthier eating to restaurants, cafeterias, and other food service establishments through an annual retreat with food service industry leaders. 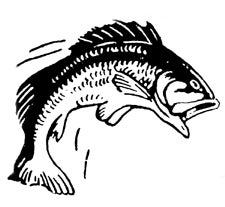 The first retreat, held just over a month ago at The Culinary Institute of America in California, attracted top nutrition experts from across the country as well as chefs; cookbook authors; leaders of major restaurant chains; and representatives of companies that provide meals in school cafeterias, assisted-living homes, and other institutions.

“This was [intended] to bring food service leaders up to date on nutrition science,” said Walter Willett, chairman of the School of Public Health’s Nutrition Department and the retreat’s co-chair. “It was a chance to bring together people who don’t normally talk to each other, and it went really well.”

Willett said that about 40 percent of American meals are eaten outside the home. That means reaching the food service industry is critical if Americans are to improve their eating habits.

Willett said it’s difficult to generalize about the amount of work to be done in the food service industry, as there’s large variation in whether and how different companies address the issue.

Companies like Legal Seafoods, a Boston-based seafood restaurant chain, have been interested in making their menu as healthy as possible for some time, Willett said. Other companies, such as fast-food giant McDonald’s, have shown a more recent interest in the issue, while still others have barely paid it attention at all.

“It’s [a mixed] scene out there, with some pushing the limits and some dragging their feet,” Willett said.

The two-day retreat, called the Worlds of Healthy Flavors Leadership Initiative, is intended to be an annual event with the practical aim of improving the number and type of healthy menu options available to Americans when they eat away from home.

Willett said there is enormous room for improvement in the menus offered to food service industry customers. It’s also encouraging, he said, that participants in the retreat saw the need for change – and the public’s increasing desire to eat healthy – as an opportunity for growth and not just bad news for business as usual.

“This is a moving train and they don’t want to be left at the station,” Willett said.

The main message given during the retreat is that three major changes are needed.

The first, to switch to healthier fats, is the easiest and is already being done by some companies, Willett said. Switching from trans fats to natural, nonhydrogenated fats and oils such as soybean and canola oil is a way to make products healthier without sacrificing the flavor that fat brings to many dishes.

The third is to reduce the amount of salt used in food preparation. Most of the salt consumers eat, Willett said, is added during cooking and processing, rather than at the table during the meal.

While some of these changes may be difficult, Willett said it is important both to educate people about healthy changes that they can make in their diets and to make foods available that allow them to eat healthier.

“I think it’s our job to give that part of the public [that’s interested in eating healthier] the information they need and to make sure those options are available for them,” Willett said.