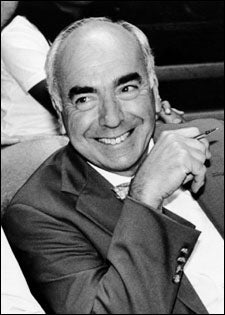 A mentor, teacher, and friend to many orchestra members and others in the medical community, Federman has inspired generations of students to serve humanity through medicine. The concert will benefit the Daniel D. Federman Professorship in Medical Education at HMS, an endowed professorship created in recognition of Federman’s work to support innovation in medical education.

The collaboration between the LSO and HMS is fitting, since the two institutions are historically intertwined. Several HMS students founded LSO in 1982, and through the years many of its members have been HMS students or alumni. LSO musicians have served, and continue to serve, as physicians, researchers, and staff at HMS-affiliated hospitals. Under the direction of newly appointed music director and conductor Jonathan McPhee, the orchestra performs four annual concerts at Jordan Hall that showcase talented established and emerging solo artists, and often introduce new works to Boston audiences. The orchestra is not only dedicated to performing high-quality classical music, but also to supporting the medically underserved. Through its Healing Art of Music program, each concert benefits a health-related charity.

Jordan Hall is located at 30 Gainsborough St. in Boston, a block from Symphony Hall, and is wheelchair accessible. For a four-concert season subscription, or single tickets ($25 for adults and $15 for students and seniors), call the Longwood Symphony at (508) 877-3928. Tickets may also be purchased through the LSO Web site at http://www.longwoodsymphony.org.