Globalization and education explored at GSE

At a meeting of the Faculty of Medicine on December 17, 2003, the following Minute was placed upon the records. 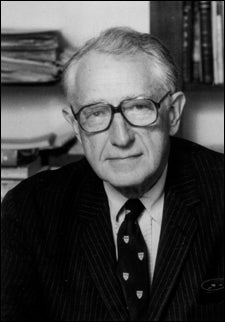 While caring for casualties of the Coconut Grove fire in 1942, he witnessed the body’s complex reactions to severe burns. During the Korean War, he noted potassium intoxication in wounded soldiers that resulted from transfusions with outdated blood.

His first research using radioactive dye was designed to locate abscesses in patients. During the following decades he completed his unparalleled chemical analyses of body composition, summarized in his books “Metabolic Response to Surgery” (1949), “Metabolic Care of the Surgical Patient” (1959), and “The Body Cell Mass and its Supporting Environment” (1963). These remain unique resources for current intensive care units and burn centers worldwide.

He served as consultant for the Surgeon General of the United States Army, the National Institutes of Health; the National Aeronautics and Space Administration, and The Committee on Life Sciences for the Uniformed Services.

His impact on The Harvard Medical School was enormous. He was larger than life, dynamic, inspiring, electric. One of his former residents wrote, “He was the most powerful teacher I have ever known or observed because of his clear thinking and remarkable showmanship. When he was teaching, he was truly on stage communicating with each person – he made complex subjects seem simple.”

Franny’s influence still forces each of us to do our absolute best for our patients, treating each patient with the utmost kindness and respect. He cared deeply about academic excellence. As a driving influence of the Surgical Executive Committee, he assumed center stage in discussion and action. Throughout his retirement he continued to provide crisp overviews of surgery to his successors. He correctly identified that the market driven delivery of surgical care was eroding core values of research, teaching, clinical care and patient interactions. Even in his mid 80’s he brought passion to his arguments.

Universally admired as a ‘surgeon-scientist’, Franny also contributed substantially to public policy in surgical manpower, health care delivery, ethical issues, and surgical education. Simply stated, he was a most powerful force in American Surgery during the second half of the 20th Century.

In his biography, “A Miracle and a Privilege” (1995), reflecting back to his first year in medical school, Franny recalled that Anatomy Professor Bobby Green taught the class not to think, “I am a body, I have a soul”; but rather, “I am a soul, I live in a body.” Some 65 years later, Franny expanded on this concept: “This places human anatomy where it belongs, as a structure that serves as a dwelling place. Injury and disease can so destroy that warm dwelling place that it is no longer habitable and the dweller – energy, mind and soul – had best be permitted to depart.”

When he felt his own body was no longer habitable, he decided to end it. Death by his own hand should not come as a surprise, since he had not been well and was having increasing difficulty following the orders of his physicians. If he could not be in control, he chose to end his life. We who knew him and loved him were immensely sad, but reluctantly accepted what we understood to be his wishes.

We recall those wondrous 50 years when we worked and planned together at the Brigham/HMS Surgical Research Lab. When Franny came to the Brigham in 1948, Dr. George W. Thorn had already started a renal transplant program. Franny encouraged the surgical staff to join in. After the first successful human kidney transplant, he pioneered liver transplantation both in lab animals and in man, developing procedures still being performed today. Under his stewardship, the surgical department became a world leader in organ transplantation. Early on he established Anaesthesia as a Division within The Department of Surgery at The Brigham. He helped establish The New England Organ Bank and, together with Dean Robert Ebert, laid the foundation for the HMS Definition of Death Based on Irreversible Loss of Brain Function.

Franny once facetiously defined surgery as ‘organized optimism’ and research as ‘organized play for grownups’. This was a fitting description of his life: He enjoyed the struggle, thrived in getting the right team together, planned to win and pursued his goals exhaustively.

Franny was married in June 1935 to Laura Benton Bartlett. Following the death of Laura in a tragic automobile accident, he married Katharyn Watson Saltonstall in May of 1990. Franny is survived by five children, seventeen grandchildren and four great-grandchildren. Although his body no longer exists, his mind, energy and soul live on.