Schlesinger Library staff, collections are on the move 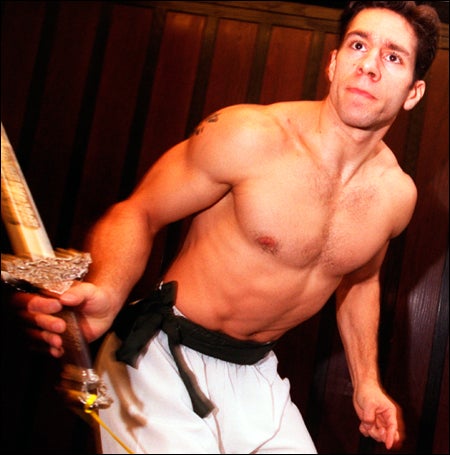 When George Dominguez was 13, a mysterious stranger moved into his Jamaica Plain neighborhood and opened a kung fu studio. The stranger’s name was Yang Jwing Ming, and the young Dominguez was intrigued.

“I was a bad kid. I was always cutting school, getting into fights. But I loved watching martial arts movies. I had fantasies about how a weak person could study martial arts and turn into a very strong person.”

Dominguez started hanging out at Yang’s studio, formerly a Chinese restaurant adjoining a sub shop, out of which Yang planned to create a space big enough for training and sparring. Dominguez helped him with the renovations.

Dominguez has become Yang’s disciple. One day in the future, when Yang decides it is time for him to retire, he and Dominguez will take part in a ceremony in which the teacher will wash his hands in a golden basin, a sign that he is passing his knowledge and authority to his pupil.

The association has given Dominguez the strength and fighting ability he dreamed of as a child, but it has given him much more.

“I never thought I’d be married with a child. I was very undisciplined, mad at the world. Most of my friends from back then are either in jail or dead. But I’ll be 33 on my next birthday. With martial arts I gained a good morality and principles. It made me a better person.”

When he is not training or teaching martial arts at Yang’s school, Dominguez works in the mail room at Harvard Business School.

“I want to take advantage of the educational opportunities here and advance out of the mail room. Before, I didn’t think like that. Now I do.”

It may be that kung fu has such power to change lives because it is more than just a fighting technique. Developed by the monks of the Shaolin temple in China, kung fu is a philosophy that can be applied to any skill or discipline.

“Kung means work or energy and fu means time. So whatever you want to master, you need kung fu. You could say that someone has good kung fu in cooking or in writing, for example.”

When Dominguez trains youngsters, their first task is to memorize a list of 10 words he calls the martial arts code. It includes principles like respect, loyalty, patience, perseverance, and courage. The code illustrates kung fu’s basic premise: