Grandkids can make you sick

They may be grandma’s little pride and joy, but taking care of grandchildren more than nine hours a week can also be the ticket to increased heart problems, a study by Harvard researchers said.

The study, by researchers from Harvard School of Public Health and Harvard Medical School, shows that women who care for grandchildren more than nine hours a week have a 55 percent greater chance of developing coronary heart disease than those women who don’t provide such care.

Though the study didn’t probe the reasons behind the findings, Sunmin Lee, research fellow at the School of Public Health and instructor in medicine at Harvard Medical School, said that providing care for children is physically and mentally demanding. Small children, in particular, require constant attention as well as frequent picking up and carrying.

Looking after children also takes away grandmothers’ time to socialize, Lee said. This eliminates opportunities to relieve stress – both from caregiving and from other daily hassles – by interacting with friends and family members. 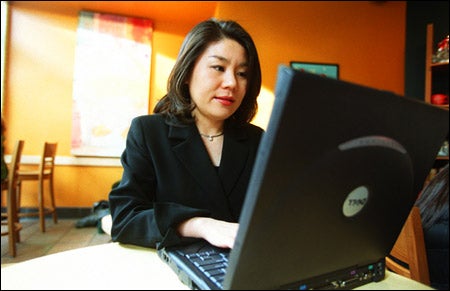 The demands on caregiving grandmothers probably also results in less time caring for themselves. For example, they may have less time to sleep, rest, exercise, and get regular checkups, Lee said. Other studies have shown that women caring for grandchildren are more likely to have other daily activities limited, are more likely to be depressed, and report lower satisfaction with their own health.

Lee said she became interested in the subject of the health of caregiving grandmothers through experiences in her own family. Though several studies have been published about the health of grandmothers who care for grandchildren who are ill or whose mothers have been incarcerated, are mentally ill, divorced, or dead, there has been little examination of the impact of taking care of normal healthy grandchildren.

With more women working full time in addition to raising a family, Lee said the question has become more pressing as more grandmothers have been pushed into the role of caretaker.

The study uses data from the Nurses’ Health Study, a broad-ranging investigation of the health of 121,700 registered nurses in the United States that began in 1976. Since that time, questionnaires have been mailed to participants every two years. The study began as an investigation into the use of oral contraceptives, but over time has been broadened to include other health-related topics.

After excluding respondents with previously diagnosed heart disease, stroke, cancer, and other potential factors that would skew the study’s results, Lee and her colleagues examined the responses of 54,412 nurses who responded to the 1992 and 1996 questionnaires.

The study also showed no correlation between heart disease incidence and the self-reported levels of stress or satisfaction from caregiving. Lee said that is likely because an individual’s perception of whether they’re under stress is subjective and varies from person to person, depending on personality or mood.

Despite those results, Lee said she and the other researchers do believe that the link between caregiving and heart disease is due to stress. Stress raises blood pressure and causes wear and tear on the cardiovascular system, which eventually leads to heart disease. They are in the process of designing a pilot study, involving 150 women, where they’ll measure the amount of the stress hormone cortisol in the women’s saliva.

If the researcher’s hunches are correct, the results will provide a more concrete link between the demands of taking care of grandchildren and heart disease.

“It takes a lot of energy to take care of them [grandchildren],” Lee said. “We suggest caregivers take care of their own health, too. Caregivers have to do the usual things to prevent heart disease: stop smoking, eat healthy foods, and exercise whenever they can.”