Next step: Daunting task of rebuilding: 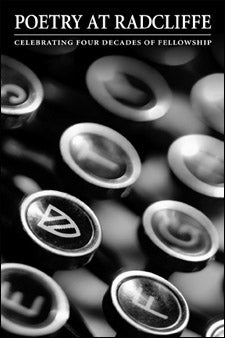 A renowned gathering of women poets, including Pulitzer Prize winners, Emerging Artist honorees, and state poets laureate, will gather on April 12 to celebrate the spoken word and their common bond as fellows-in-residence at Radcliffe.

A. Kingsley Porter University Professor Helen Vendler; poet and Radcliffe College alumna Honor Moore ’67; and novelist Alice Hoffman will introduce the featured readings by Graham, Karr, and Kumin, respectively. The readings will be complemented by two panel discussions. The first, titled “Communities, Influences, and Friendships: The Fellowship of Poetry,” will be introduced by Drew Gilpin Faust, dean of the Radcliffe Institute and professor of history, and led by Florence Ladd. The second, titled “The Use of Poetry: How Should Poetry Matter,” will be introduced by Alice Quinn, poetry editor of The New Yorker and president of the Poetry Society of America, and led by C.D. Wright.

The following poets/former Radcliffe fellows-in-residence will participate in the panel discussions:

Robin Becker (fellow ’96) is the author of “The Horse Fair” (2000) and “All-American Girl” (1996), winner of the 1996 Lambda Literary Award. She has won the Virginia Faulkner Prize for Excellence in Writing from Prairie Schooner magazine and a fellowship from the National Endowment for the Arts. A member of the Academy of American Poets and the Poetry Society of America, Becker serves as poetry editor for The Women’s Review of Books and teaches at Pennsylvania State University.

Sophie Cabot Black‘s (fellow ’95) collection of poems, “The Misunderstanding of Nature” (1994), received the Norma Farber First Book Award and her poems, essays, and translations of Latin American poets have appeared in various anthologies, including “The Best American Poetry.” She has received fellowships from the MacDowell Colony and the Fine Arts Work Center in Provincetown, and her honors include the Grolier Poetry Prize, the John Masefield Award from the Poetry Society of America, and the Emerging Poets Award from Judith’s Room. Black teaches at Columbia University.

Lorna Goodison (fellow ’87) is one of the Caribbean’s most distinguished contemporary poets. She is the author of seven books of poetry, most recently “Travelling Mercies” (2001), “Turn Thanks” (1999), and “To Us, All Flowers Are Roses” (1995). Her work has received international recognition and awards, including the Musgrave Gold Medal from Jamaica and the Commonwealth Poetry Prize, Americas Region. Goodison teaches at the University of Michigan.

Jorie Graham (fellow ’83) is the author of nine books of poetry and editor of two anthologies, including “Never” (2002), “Swarm” (2000), and “The Errancy” (1997). Her many honors include a MacArthur Fellowship and the Morton Dauwen Zabel Award from the American Academy and Institute of Arts and Letters. Currently the Boylston Professor of Rhetoric and Oratory at Harvard, she has taught at the Iowa Writers’ Workshop at the University of Iowa and was elected a chancellor of the Academy of American Poets in 1997.

Fanny Howe (fellow ’75) has published numerous collections of poetry, including “Selected Poems” (2000), which won the Lenore Marshall Poetry Prize; “Forged” (1999); and “Q” (1998). She is also the author of short story collections, books for young adults, and several novels, including “Nod” (1998). She has won awards from the National Endowment for the Arts and the National Poetry Foundation, as well as a fellowship from the MacDowell Colony. Howe has lectured at Columbia University and the Massachusetts Institute of Technology, and is professor emerita at the University of California, San Diego.

Mary Karr‘s (fellow ’90) poems and essays have won Pushcart prizes and have appeared in such magazines as The New Yorker, The Atlantic, and Parnassus. She has published three volumes of poetry – including “Viper Rum” (1998), “The Devil’s Tour” (1993), and “Abacus” (1987) – and New York Times best-selling memoir, “The Liar’s Club” (1995), which won the PEN/Martha Albrand Award. Karr is the Jesse Truesdale Peck Professor of Literature at Syracuse University.

Maxine Kumin (fellow ’62, ’63) has published 11 books of poetry, including “Connecting the Dots” (1996); “Looking for Luck” (1992), which received the Poets’ Prize; and “Up Country: Poems of New England” (1972), which received the Pulitzer Prize. A recipient of an American Academy of Arts and Letters award, a National Endowment for the Arts grant, and fellowships from the Academy of American Poets and the National Council on the Arts, Kumin is a former chancellor of the Academy of American Poets.

Florence Ladd (fellow ’72) is a noted writer, psychologist, teacher, and social critic. Her first novel, “Sarah’s Psalm” (1996), received the Literary Award for Best Fiction from the Black Caucus of the American Library Association. She has held fellowships at Harvard’s W.E.B. Du Bois Institute and the MacDowell Colony. She has also taught at several colleges, serving as the associate dean of the Massachusetts Institute of Technology’s School of Architecture and Planning, dean of students at Wellesley College, and director of the Bunting Institute.

Gail Mazur (fellow ’97) has published four books of poetry, including “They Can’t Take That Away from Me” (2001), which was a finalist for the National Book Award, and “The Common” (1995). She is founding director of the Blacksmith House Poetry Center in Cambridge, a recipient of a fellowship from the National Endowment for the Arts, and her work has been widely anthologized in such publications as “The Best American Poetry” and “The New Norton Introduction to Literature.” Mazur is a writer-in-residence at Emerson College.

Brenda Shaughnessy‘s (fellow ’01) first collection of poems, “Interior with Sudden Joy” (1999) was nominated for a Lambda Literary Award and was a finalist for the PEN/Joyce C. Osterweil Award and the Poetry Society of America’s Norma Farber First Book Award. Selected by the Village Voice as one of the “Writers on the Verge,” her other honors include emerging artist awards from The Greenwall Foundation and New York University’s International Center for Advanced Studies, and a fellowship from the Japan/U.S. Friendship Commission.

Natasha Trethewey (fellow ’01) has published two books of poetry, “Bellocq’s Ophelia” (2002) and “Domestic Work” (2000), the latter of which won the inaugural Cave Canem Poetry Prize. Her poem “Storyville Diary” won the Margaret Walker Award for Poetry from Poets & Writers magazine and QBR: The Black Book Review. Trethewey has received fellowships from the National Endowment for the Arts and the Money for Women/Barbara Deming Memorial Fund.

C.D. Wright (fellow ’88) has published 10 volumes of poetry including “Steal Away: New and Selected Poems” (2002) and “Deepstep Come Shining” (1998). She has received the Witter Bynner Prize and a Whiting Award, and fellowships from the National Endowment for the Arts and the Guggenheim Foundation. State poet of Rhode Island from 1994 – 99, Wright edits Lost Roads Publishers and teaches at Brown University.

‘Poetry at Radcliffe’ will be held from 10 a.m. to 5 p.m. at the First Church in Cambridge, Congregational, 11 Garden St., on April 12. The event will be followed by a reception (free and open to the public) at the Radcliffe Institute’s Fay House, 10 Garden St. Seating is limited, so reservations are strongly encouraged. For more information, call (617) 495-8600, or visit http://www.radcliffe.edu/conference/poetry.