Bringin’ it all back home

Agreeing on what to argue about: 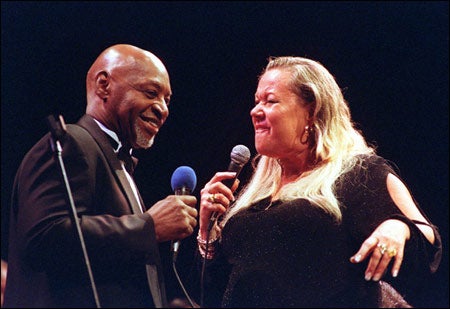 ‘Celebrating Community Spirit,’ the Fourth Annual Benefit Concert for the Cambridge Housing Assistance Fund (CHAF), was held on Sept. 27 at Sanders Theatre. Kansas City blues singer (left) Paul Broadnax belts one out with Grammy nominee and nine-time Boston Music Award winner Rebecca Parris. Parris, who was the headliner at this fundraiser for the homeless, was accompanied by the 16-piece Kenny Hadley Big Band. CHAF’s first three concerts raised over $300,000 to assist more than 270 homeless and near-homeless families with the start-up costs of renting an apartment.