Conference explores Latinos at the crossroads 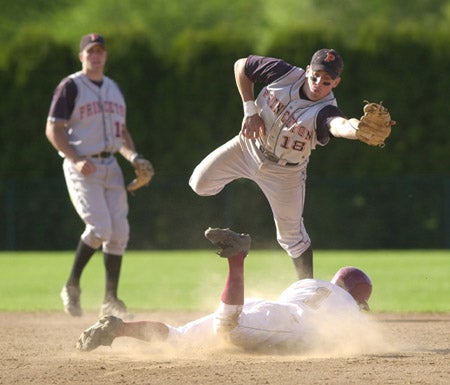 Harvard pitcher Mark Wahlberg ’03, left, receives a high-five from shortstop Mark Mager ’02 as Nick Carter ’02 , right, looks on, after Harvard won the Ivy league championship by defeating Princeton 2-1 in the second game after winning the first, 5-1.(Staff photo by Jon Chase) Having just captured the Red Rolfe Division championship on Wednesday (May 8) with a dramatic 2-1 ninth-inning comeback win against Brown, the Harvard baseball team secured the Ivy title with a two game sweep over reigning league champion Princeton on Saturday (May 11) at O’Donnell Field. The Crimson won the best-of-three series with scores of 5-1 and 2-1. With the victory, Harvard earns an automatic bid to the NCAA Championships, which begin May 31.