‘Sex’ and the ‘Sixth Sense’ 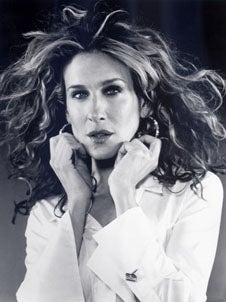 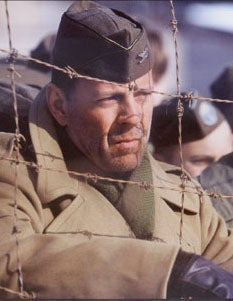 The Woman of the Year festivities will be held on Thursday, Feb. 7. At 2 p.m., Parker will lead a parade through Harvard Square. Following the parade, the president of the theatricals and the vice president of the cast will roast Parker and present her with her Pudding Pot at 2:20 p.m. in the Hasty Pudding Theatre. After the roast, several numbers from this year’s production “Snow Place Like Home” will be previewed at 2:45 p.m. and a press conference will be held at 3:10 p.m.

On Thursday, Feb. 14th, Man of the Year will take place. The producers of the Hasty Pudding Theatricals will roast Willis and present him with his Pudding Pot at 8 p.m. in the Hasty Pudding Theatre, prior to the start of the opening night performance of “Snow Place Like Home.” A press conference will be held immediately after the roast at 8:25 p.m.

The Man and Woman of the Year awards are presented annually to performers who have made a “lasting and impressive contribution to the world of entertainment.” Established in 1951, the Woman of the Year award has been granted to many notable and talented entertainers including Meryl Streep, Katharine Hepburn, Julia Roberts, Jodie Foster, Meg Ryan, and most recently, Drew Barrymore. The Man of the Year award was established in 1963. Its past recipients include Clint Eastwood, Tom Cruise, Robert De Niro, Steven Spielberg, Harrison Ford, and, last year, Anthony Hopkins.

Sarah Jessica Parker has won praise and prestige for her work in television, film, and theater. From her title role in the Broadway musical “Annie,” Parker has gone on to star in such movies as “Ed Wood,” “Striking Distance,” “Mars Attacks,” and most recently “State and Main.” Parker is shooting the fifth season of “Sex and the City,” the critically acclaimed HBO series for which she received the Best Actress Golden Globe Award in 1999 and 2000, and the Screen Actors Guild Award in 2000.

Bruce Willis is a seasoned actor who has earned accolades for his dynamic roles in a variety of films. Willis’ initial acting success came when playing the lead role in Sam Shepard’s smash off-broadway production of “Fool for Love” and continued with roles in such films as “In Country,” “Mortal Thoughts,” “Pulp Fiction,” “Die Hard,” “The Kid,” and “The Fifth Element.” Recently, Willis starred in the critical and commercial hit, “The Sixth Sense,” which was nominated for six Academy Awards. For his performance, Willis won Best Actor from the People’s Choice awards. On Friday, Feb. 15, Willis’ most recent film, “Hart’s War,” will be released. In this suspense drama, Willis plays fourth-generation war hero Col. William McNamara who is imprisoned in a German POW camp.

The Hasty Pudding Theatricals gratefully acknowledges the generous support of the Harvard Coop.