By Photo by Kris Snibbe Text by Beth Potier 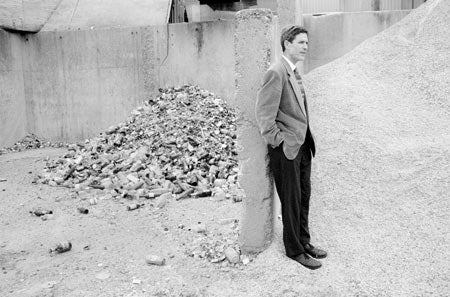 “We’ve been recycling since 1636, when students used to throw their garbage out the windows and the feral pigs of Cambridge would eat it,” is how Rob Gogan, waste manager for Harvard’s Facilities Maintenance Operations (FMO), explains that, though he may be the University’s first employee officially charged with recycling efforts, he’s hardly Harvard’s first recycler.

Gogan oversees waste removal – recycling as well as trash – for about 70 percent of the University. Since Harvard instituted a formal recycling program in 1993, its recycling rate has climbed steadily. “We recycled about 30 percent of our waste last year,” he says proudly. “That’s pretty good for an urban East Coast university.”

From an environmental perspective, recycling is a no-brainer, but Gogan points out other compelling reasons to recycle: it’s the law in the city of Cambridge, first of all, and it keeps Harvard’s trash removal costs down. Each month the University hauls 140 tons of paper and newspaper and 12 tons of glass, plastic, and cans to KTI Recycling in Charlestown, a materials recovery facility that prepares the waste for resale.

What’s in Harvard’s recycling bin? Lots of paper and newspaper, plus corrugated cardboard, on the rise as students shop for bargains and convenience on the Internet. In September, Gogan’s team collected enough cardboard to fill Blodgett Pool. The University’s labs and medical facilities generate a large share of the waste, but most of it comes from the daily business of living and learning and working. And playing: “Every Monday, Wednesday and Friday when they pick up at the Faculty Club, there’s an unbelievable cacophony of wine bottles against the truck,” says Gogan.

As he tours mountains of bottles and labyrinths of bundled cardboard at KTI Recycling, Gogan sounds like a titan of trash, sizing up bales of office paper and accurately guessing their weight or their price on the market. But he has no formal training in the field. In 1990, he was a doctoral student at Harvard’s Graduate School of Education when his personal passion for recycling landed him a summer internship at FMO, where he’s worked ever since. “You have to be a jack of all trades,” he says, adding that skills like education and writing are as important to his job as understanding the workings of waste.

Gogan says that becoming a parent brought recycling and other environmental issues home for him. “I had this sort of apocalyptic feeling,” he says. “Recycling isn’t the cure – it’s like bringing Band-Aids to a car accident – but it’s something that I could do that would help.”