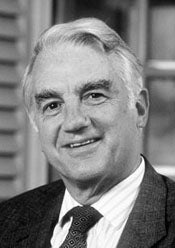 Derek Bok, president of the University from 1971 through 1991, and William G. Bowen, president of The Andrew W. Mellon Foundation, have won the 2001 University of Louisville Grawemeyer Award in Education for their book “The Shape of the River: Long-Term Consequences of Considering Race in College and University Admissions.”

The $200,000 award is one of the largest in the field of education. According to the Grawemeyer Award selection committee, “Bok and Bowen have made an unparalleled contribution to informing the debate regarding race-sensitive admissions policies.”

With an emphasis on statistics and analysis and a de-emphasis of emotional arguments, Bok and Bowen offer the reader an informed vantage from which to assess policy decisions in the hotly contested arena of admissions policies.

The book builds on the results of studies of more than 45,000 students who attended 28 academically selective colleges and universities throughout the country.

Bok, the 300th Anniversary University Professor, is a 1951 graduate of Stanford University. He earned his J.D. from the Law School in 1954, and his A.M. in economics from George Washington University in 1958. He has written four books on higher education, including “Beyond the Ivory Tower,” “Higher Learning,” and “Universities and the Future of America.” His current research interests include a project on the adequacy of the U.S. government in coping with the nation’s domestic problems. His new book, “The Trouble with Government,” is due out in 2001.