At 80, Radcliffe graduate comes back for diploma 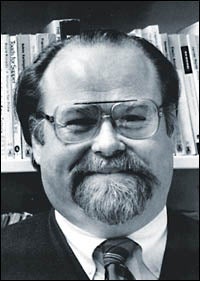 Hazen Leroy Vail was born in Boston, August 5, 1940. His father, Hazen Claude Vail, who had left a Depression-broken small farm in Belleisle, New Brunswick, to seek his fortune here, was a Metropolitan Life Insurance Company salesman. Leroy’s mother, Mary Teresa MacLean Vail, come as a girl with her family from Cape Breton Island to Boston, had worked at Harvard, as a maid at the new Kirkland House. In 1943 the Vails had another son, David.

On his B.C. mentor’s advice, Vail proceeded to graduate school at the University of Wisconsin to study British imperial history under Philip Curtin. But he quickly found the most intellectual excitement in Curtin’s and Jan Vansina’s new “comparative tropical history” program (“Compswamp”), and plunged into the booming fields of African history and historical linguistics with these two pioneering scholars for his teachers. Awarded his M.A. in History in 1965 and an NDEA Fellowship, he pursued African Studies in Madison’s new Department (the first and still the only one in the Americas) of African Languages and Literature, deep into Bantu structures. In 1967, two months after his father died, Leroy married a graduate from Madison, Patricia Ann Horochena, at his mother’s church, St. Anthony’s in Allston, and on a one-year traveling fellowship the two left for his research in Africa, in old Nyasaland, the new republic of Malawi. There he became Lecturer in History at the new national university, where he would stay four years.

This was a tremendously gripping time in Central and Southern Africa. Revolutionary wars of liberation were underway in Angola, Mozambique, and South Africa; another was about to start in Rhodesia. At a (later famous) congress of African historians in Dar es Salaam in 1965 Terence Ranger had declared a new scholarly agenda, independence from colonial conceptualizations, primacy of African perspectives. In 1967-68 Vail began his research in northern Malawi, among the proud, “dispossessed,” “atrociously” (his words) exploited Tumbuka people, learning their language and perspectives. In 1969 he presented his first paper at an international conference, a masterly, British-, missionary-, and chief-debunking reinterpretation of Tumbuka history. In 1971 he published his first article, “The Noun Classes of Tumbuka.” By then Tumbuka elders judged that not even the Livingstonia mission’s legendary founder had spoken their language as well as Vail did.

Back in Madison in 1972 for his dissertation, “Aspects of the Tumbuka Verb,” he took his Ph.D., but discovered the American demand for historians of Africa had crashed. He therefore returned to Africa, this time to Zambia, where at the national university he served as Senior Lecturer in History and African Languages, 1973-78. Besides organizing the university’s M.A. program in history and its B.A. program in African languages, he published six major historical articles on Malawi, Zambia, and Mozambique.

He and Patricia returned then to the United States, he as visiting associate professor at Virginia, 1978-79, UCLA, 1979-80, Ohio, 1980-81, then as research fellow at Yale, 1981-82, at Virginia, 1982-83. Meanwhile his first book appeared, co-written with the poet Landeg White, Capitalism and Colonialism in Mozambique, a history rigorously argued from archives, brilliantly and beautifully drawn from African women’s songs of Portuguese rule and African suffering and survival in the Lower Zambesi, 1800-1975. It remains “the outstanding book on the country’s history.” No less significant was the conference he organized at Charlottesville in 1983, for the leading historians and anthropologists of southern Africa to demonstrate the historical nature of African ethnicities.

Visiting associate professor of History at Harvard the spring term 1984, Vail received his first regular American academic appointment here that fall as associate professor of History. We were lucky. For six years he alone carried Sub-Saharan African history for us, a learned, articulate, incisive, powerfully attractive and effective teacher, meanwhile made the Charlottesville conference into a landmark collection, The Creation of Tribalism in Southern Africa, and was given tenure here in 1990. Since 1988 he had fatherly responsibilities too, for a Zambian girl, Sharon Mulenga, whom he and Patricia had taken into their home as their daughter. His and Landeg White’s second book then appeared, Power and the Praise Poem: rich, dazzling proof for Southern Africa that oral history was real history, popular songs a poetically licensed, historical criticism of power. Teaching generously, chairman of the Committee on African Studies, 1990-95, Vail fought hard for an African Studies center, failed, but helped develop our Africa Humanities Program. Among many professional and public services was his duty as a U.N. monitor for the Malawi elections in 1994.

By 1996, his creativity ever richer, he had four books in progress, on “ethnogenesis” in modern Togo, spirit possession in Malawi and Zambia since 1850, a dictionary of Lakeside Tonga, and ideophones (not Indo-European, but important in African languages) as stylistic devices for proverbs. He then suffered a massive heart attack. He recovered: his enormous dignity, quiet wit, good sense, the twinkle in his eye, and his powers of mind, the discipline of research, interpretation, listening to language, its voices, parts, lilt, rhythms, meaning. And he got back to work, with Patricia in their garden of violets and orchids, alone in his study on his books, foreseeing beyond them a grand argument on gardens, nature preserves, game reserves, and human Africa.