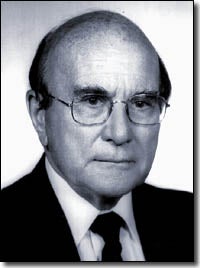 Vsevolod Setchkarev, the Curt Hugo Reisinger Professor of Slavic Languages and Literatures Emeritus, and a noted authority on Russian fiction and poetry, died at his home in Belmont, Massachusetts, on December 1, 1998, at the age of 84. With his death, the Harvard community lost the last of a distinguished and colorful band of literary scholars who, born in Europe and educated there between the two World Wars, made Cambridge one of the worlds leading centers for the study of Slavic culture.

He was born in Kharkov in a Ukraine still a part of the Russian Empire on April 8, 1914. He suffered from polio as a child, and when he was eleven his parents, despairing of finding proper treatment in revolution-ravaged Soviet Russia, received permission to take him to Germany for medical attention. There they, like hundreds of thousands of others who had fled the Soviet state, remained, and there he received his education, earning advanced degrees in Slavic philology from the universities of Berlin (1938) and Bonn (1948).

Polio left him partially crippled and unfit for military service, but the German Air Ministry in Berlin conscripted him to serve as a translator of Balkan languages from 1939 to 1944. He then worked briefly as a university lecturer in Graz, before moving to Bavaria, where he acted as a translator of English. After the conclusion of hostilities, he taught secondary school there for a year before joining the faculty of the University of Bonn in 1947. He became professor of Slavic languages at the University of Hamburg in 1953, and three years later came as a visitor to Harvard, where he returned as an associate professor in 1957. He was named professor in 1959, and held the Reisinger Professorship from 1963 until his retirement in 1984.

Readers know his numerous articles on subjects that range from South Slavic literatures to a masterful survey of the Russian verse of Vladimir Nabokov, his study of the impact of Schelling on early nineteenth-century Russian literature (1939), the Geschichte der russischen Literatur (1949 and 1962), and especially his German-language monographs on Gogol (1963; English translation 1974); Leskov (1959); Pushkin (1963); the English Ivan Goncharov: His Life and his Works (1974); and the Studies in the Life and Work of Innokentij Annenskij (1963), the first critical study in any language of one of Russias greatest twentieth-century poets. He was also a true Slavist, as his monograph on the Dalmatian poet Gunduli (1951) demonstrated. His thorough command of facts, his clear exposition, incisive syntheses of texts and contexts, and careful attention to the writers style and language made the quality of his scholarship appreciated both nationally and internationally. All the writings also testified to the extraordinary breadth of his reading. He really had, it seemed, read everything Russian, in all genres and in all periods. (And his knowledge of the classics and German literature was almost as impressive.)

He was a great success with students at all levels. His course on Dostoevsky and Slavic 150 in particular, a yearlong history of Russian literature from its beginnings to the present, were very popular with several generations of undergraduates, who appreciated his sweep, his fluency in English (he never read from notes), his passion, and his talent for creating a literary panorama in vivid tones, peopled by flesh-and-blood writers and characters, not critical abstractions. As for graduate students, he advised, admonished, cajoled, and created several generations of postwar scholars of Russian literature: the tables of contents of the two festschrifts published in his honor read like a Whos Who of the Slavic field. We should also remember that at a time when the role of emigré writers in modern Russian literature was ignored by most Russian specialists abroad (and the writers themselves banned in their former homeland), his innovative seminar on emigré literature remedied that disgraceful situation and resulted in a series of pioneering dissertations. At the same time, he was uncompromising in his rejections of those he considered overrated  or just too indiscriminately praised  among them Dostoevsky, Blok, Babel, Olesha, Pasternak, and Solzhenitsyn. This was exemplary in a teacher, to the extent that, aside from questions of agreement or disagreement, it offered a valuable example of critical independence.

Vsevolod Mikhailovich, a genial sceptic, was a gentleman of unfailing courtesy and traditional manners (he was as sure to be in tie and jacket at an eight a.m. breakfast as at dinner), but he was not at all shy about expressing his likes and dislikes, whether of literature or music and opera, for which he had a passion and a storehouse of vivid memories. He was never a quarreler or a complainer, but he was a man of strong, even implacable opinions. The bushy eyebrows would arch, the dark eyes flash, a fist would rise in emphasis to punctuate denunciations of the shoddy singing of contemporary opera “superstars,” the modish theater productions of a well-known graduate of this institution, and the doings of the “isms,” literary as well as political, for which he blamed so many of the confusions and horrors he had witnessed. No one who attended his Dostoevsky course in 1968 is ever likely to forget the day student rebels, who were trying to shut down the University, marched into the back of the lecture hall. Vsevolod Mikhailovich stomped in, glared at the intruders, threw down his cane (necessary, to be sure, given his crippled leg, but an effective prop on this as other occasions), and opened his lecture outline. “In times of turbulence”  he all but shouted out the lines from Dostoevskys novel The Devils  “the flotsam and jetsam of society rise to the surface.” When he finished, the class rose to its feet in a standing ovation.

Setchkarev recognized the imperative of the early 1970s  not a time he found sympathetic, culturally speaking (he was in many respects a reluctant visitor to our troubled century)  by resolutely doing his own thing. Never dull or pedantic, easily amused and always ready to laugh with genuine pleasure with the many guests from around the world that he and his wife welcomed to their home, he remained to the end very much his own inimitable self.

Vsevolod Setchkarev is survived by his widow, Margaret, herself a professor and scholar of Russian literature; his daughter, Irene Bleiwas, of Randolph; and three grandchildren.