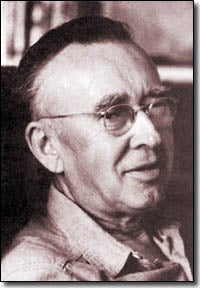 In his nearly half a century on the Harvard faculty Bartlett Jere Whiting established a reputation for great learning, influential teaching, and dangerous wit. He died at 90 on 24 August 1995 in Waldo County Hospital, Belfast, Maine, a short distance from where he had been born in East Northport on 17 September 1904. His family was rooted in the shores of Penobscot Bay, and he met his future wife, Helen Wescott, as a freshman at Belfast High School. Whiting liked to point out (literally with a twinkle in his eye–for he had lost one eye in a childhood accident) that when they graduated in 1921, it was Helen who took first place as valedictorian, while he came in second as salutatorian. She was his intellectual partner for nearly five decades and is recognized as co-author of one of Whitings most important books. Helen died in 1977; the couple is survived by a son and daughter-in-law, six grandchildren, and five great-grandchildren.

Whiting was not only an erudite student of folklore but the object of many anecdotes, such as the persistent legend that attributes his advent at Harvard to the curiosity of Abbott Lawrence Lowell on a motoring vacation in Maine: in one version the President is supposed to have called from his car to a boy intently reading under a tree: “What are you reading, lad?” “Aristophanes, sir.” “In Greek?” “Why yes, sir.” “Get in this car, my boy. You are going to Cambridge with me.” Once here, according to another story, young Bartlett restyled himself “B. Jere Whiting,” in satirical emulation of a nomenclature prevalent among Brahmins of the time. However it really happened, Jere stuck as his name in town and in scholarship, but he always remained Bartlett down in Maine. After his retirement in 1975 the Whitings returned to their natal ground and to the house where Bartlett was born. Whiting declared that when the inevitable decline into senility came, he preferred to be among his friends in Maine, who never expected more of a Harvard professor.

After a Wanderjahr in Europe (1925-26) on a Sheldon Fellowship, Whiting returned to begin teaching in the English Department and to marry Helen. When Whiting took his Ph.D. in 1932, he would have considered himself essentially a philologist, a student of English language and literary history; but with the extensive shifting of disciplinary boundaries, his greatest scholarly contributions came to lie in areas that now pertain equally to the study of folklore. He taught Old and Middle English and Middle Scots, but his undergraduate Chaucer course, with its humorous and perfectly timed lectures, was for generations a showpiece of the Department. Whitings supportive attitude toward his graduate students earned him the gratitude of many. In 1974 a selection of former students contributed to a festschrift focused on his Chaucer teaching; later Whiting was honored by a festschrift from the international community of proverb scholars and on his ninetieth birthday by a volume republishing his most influential essays in that field. Whitings English Department career included two stints as departmental chair; he was attached to Lowell House from its inception in 1930. He served the Medieval Academy of America in several offices, especially as delegate to the ACLS. This occasioned a series of almost thirty annual reports that grew so famous for their accuracy and esprit that they were republished by the ACLS as a history of the organization from 1948-75.

A full account of Whitings publications would have to discuss some eleven separate books or editions, some 100 articles and notes, and about thirty reviews. His subject matter includes English and American literature, Medieval French, New England history, and folklore; for many years he annually published light-hearted reviews of the years crop of historical novels. Whitings interest in speechways, especially proverbs, proverbial sayings, and sententiae, began at least as early as his senior honors thesis, and his Ph.D. dissertation spun off two theoretical articles on the “Origin” and the “Nature” of the proverb in 1931 and 32 that are still fundamental in what has come in recent years to be a field in its own right, paremiology. Whiting, who was amused by the self-conscious cultivation of special terminology, is regarded as one of its founders, and in turn the self-consciousness of the modern field lends a focused afterlife to Whitings lifes work.

The decades of the 30s and 40s may be said to constitute the first period of Whitings proverb scholarship. During this time he published books that are still definitive on Chaucers use of proverbs and proverbs in medieval drama, as well as similar treatments of romances, ballads, and other medieval literary corpora such as Middle Scots writings, the Reynard material, and a variety of French writers. In the second period, roughly the 50s, Whiting increasingly moves away from individualizing treatments by author, genre, or proverb toward comprehensive dictionaries  paremiography rather than -ology in the newer terminology. A large collection of North Carolina proverb material led the way in 1958 to his first lexicon of American proverbs, covering writings 1820-1880 and co-authored by his friend Archer Taylor. The next stages of Whitings proverb work, each roughly a decade in length, are all punctuated by completion of a massive dictionary. In 1968 came the medieval volume, based on reading that began in the 30s; but in its innovative lexicographical techniques it perfected Whitings methods and set the standard for the developing field. For this great compendium, Whiting read and excerpted virtually all medieval English literature. The next decade culminates (in 1977) in the magnificent dictionary of early American proverbs. The final decade, during which Whitings eye-sight and health progressively failed, ended with the publication in 1989 of a third American volume, on the “modern” period  an enterprise helped along by several friends.

These four great lexica, together with the earlier articles and books, secure Whitings place, not merely as a major part of the history of proverb study, but as an essential reference point for serious proverb study for the future.

At Harvard, however, he will also be remembered as the downeast wit, the last medieval philologist in succession from Francis James Child, whose bronze profile we see behind the chair of the President here in the Faculty Room, and especially from Whitings own teacher, George Lyman Kittredge, whose portrait in his white suit hangs on the north wall above us and whom Whiting described among his faculty colleagues in this room as “an egret in a flock of cowbirds.”