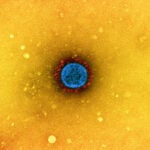 For years, American cities and towns have struggled with how to address those living on their streets who suffer from mental illness but refuse treatment. New York City Mayor Eric Adams’ controversial new plan to make it easier to involuntarily hospitalize the most seriously ill has set off a robust national debate about what role, if any, local governments should play in mental health care decisions.

Psychiatrist Katherine Koh ’09, M.D. ’14, works at Boston Health Care for the Homeless and Mass. General Hospital, and knows firsthand the many challenges of getting treatment to this population. She spoke to the Gazette about why New York City’s plan is neither as cruel nor outrageous as it may initially sound and details what it takes to keep people off the streets and living with improved mental health. Interview has been edited for clarity and length.

GAZETTE:  What do think of the New York mayor’s approach?

KOH: I appreciate Mayor Adams’ attempt to give this neglected area new attention and to try to do something different. People on the street are suffering tremendously. That said, the likelihood of this directive getting people sustainably off the streets is low for several reasons.

First, the focus should be on expanding community-based mental health services and access to permanent supportive housing — i.e., housing with support services provided — not on hospitalizing more people. It is not just the hospitalization but what happens in the aftermath that is key to getting people sustainably off the street. Second, for this plan to have a chance of working, New York City needs to significantly expand the availability of psychiatric hospital beds. Mayor Adams announced only 50 new psychiatric beds, which is a drop in the bucket. There’s already significant overcrowding in emergency rooms with people often waiting days to be admitted. The system is already overburdened, with major challenges in moving people from the hospital to community-based recovery. Any effort to send more people into the hospital needs to be accompanied by a plan to move them along a continuum of care for addressing mental health needs and housing. Otherwise, the crisis of homelessness and mental illness will only persist and grow. The key is not just getting people off the streets but keeping them off the streets and in care.

GAZETTE: The law requires that some form of consent be given before medical attention is administered to anyone. Some ask whether those with serious mental illness reliably have the capacity to determine whether they should get help — in fact, this very question seems to be one rationale for the New York City plan. What do you think?

KOH: Psychiatrists often have a high threshold to involuntarily commit in order to respect people’s civil liberty and autonomy. But there is also debate about whether it is really autonomy if a person’s thought process is clouded by a thought disorder. My colleague, Dr. Jim O’Connell, often shares a telling anecdote about trying to decide whether to involuntarily commit one very mentally ill patient. For years, he didn’t do so out of respect for her autonomy and dignity. Then things got worse, and she was committed. The patient was hospitalized, connected to outpatient care and housing, and got a lot better. He saw her years later, and she was doing great. But she said to him, “You left me out on the street for 10 years. How dare you?”

So, that’s a poignant and powerful example to keep in mind — there is value to involuntary commitment. That is why I think the intent behind Mayor Adams’ plan does have merit. For some patients, you need to intervene in order to protect them and maximize the chance that they’re going to survive and to minimize harm — but what is essential for meaningful change is that there needs to be a robust, coordinated plan that goes well beyond the initial commitment. There needs to be a psychiatrist to follow up with, supportive housing options or group homes to go to, a plan for sustainable mental health care. With Mayor Adams’ plan, detail and specificity about what happens after the hospitalization are currently lacking. To have a better chance of success, it needs to devise ways to increase funding for outreach teams and mobile crisis care, expand workforce, improve availability and affordability of supportive housing, and get people access to these key services to keep them off the street.

GAZETTE: What conditions or standards are in play when a decision to commit someone involuntarily to treatment is typically made?

KOH: As a street psychiatrist, I care for people with mental illness on the street and often consider this decision. All psychiatrists, certain other health professionals, and police officers in Massachusetts have the capacity to issue what’s called a section 12 — New York has an equivalent — which is an involuntary commitment order to send a patient to an emergency room for evaluation if they meet one of three criteria. The first is serious risk for harm to self, usually having a plan for suicide or self-harm. The second is serious risk for harm to others, usually having a plan for homicide or violence. The third is inability to care for oneself to a degree that it puts the person at risk of serious harm.

The threshold for inability to care for self to the point of serious harm is not a clear line, and many people have differing views on what that line is. The way I often think about it for my patients on the street is if the way in which the person is behaving due to mental illness is life-threatening, then it meets the threshold. There are instances in which involuntary commitment is necessary and often the humane step to take. However, it’s generally thought of as a last resort in light of respecting people’s civil liberties and autonomy and rights.

In New York City, the same three criteria exist. Mayor Adams is trying to enforce commitments based on that [third] criterion in a way that he feels has not been done previously. From my understanding, he feels that criterion is underused, that police officers and many outreach workers aren’t even aware that they can use it. So, he’s not changing the law, but interpreting it a bit more loosely and trying to empower people to use that third criterion to get people living on the streets into hospitals.

“Psychiatrists often have a high threshold to involuntarily commit in order to respect people’s civil liberty and autonomy.”

GAZETTE: What are the most common reasons people resist treatment or evaluation?

KOH: First, a person experiencing homelessness is often struggling to meet basic needs for food, clothing, and shelter, so often, addressing mental health concerns is not their first priority. Basic needs for survival supersede the need for mental health care. Second is negative experiences with the health care system. A lot of folks have been treated previously in health care settings and felt disrespected because of the stigma that often exists toward homeless patients. Thirdly, I would say the lack of insight. People may not realize, because of their mental illness, that they’re ill and at risk.

GAZETTE: Many mentally ill homeless people really need day-to-day help to ensure they’re getting treatment and support over the long haul. But the system prioritizes care on an acute basis, and once it’s determined that they no longer need hospitalization, aren’t they right where they started — pushed back onto the street with no real support?

KOH: Yes. I see that so often in my work on the streets: Patients cycle through hospitals by getting admitted but are very quickly discharged without any meaningful follow-up, and then they’re right back out on the street. Often, coordination between inpatient and outpatient clinicians is challenging or lacking. So much of our work on the street is a marathon, not a sprint. My team and I seek to build trust, form relationships, and, over time, get to a point where patients are willing to engage in health care or take medication longitudinally. You hope that you can earn their confidence and get to a place where they recognize the need for help. That’s a huge part of the challenge and joy of this work: taking the time with folks to gain their trust and understand what motivates them, which is essential to moving their care forward.

GAZETTE: Funding for mental health services and facilities has not kept pace with the ever-rising level of need across the country. What are the conditions in Massachusetts and how do they compare to New York City?

KOH: Overcrowding in psychiatric emergency rooms is a massive problem in Massachusetts. Particularly during the pandemic, at Mass. General, where I work, we have received regular alerts that the psych ER is at unprecedented capacity. The consequence of patients being overcrowded in emergency rooms is that they can sometimes wait days or even weeks in extreme situations just to get a hospital bed, and they don’t get the level of inpatient care they need in the meantime, which is unacceptable. In addition, there continues to be a lack of sufficient community-based mental health and supportive housing options. It’s very similar in New York in that there’s overcrowding in ERs, insufficient numbers of psychiatric beds, and nowhere near enough supportive housing or community-based mental health services to meet the tremendous need. Studies show promise that such permanent supportive housing, when paired with high-quality mental health care, can keep people with mental illness off the streets. We have solutions, but as a society, we need to demonstrate the political will to enact them.