Advice to students: Learn from diversity 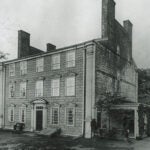 Initiative on legacy of slavery at Harvard picks up steam

Broaden your worldview by engaging with diversity in the widest sense, Ali Asani counsels

Question: If you were to write a letter to your students, what would you want them to know?

I first left my native Kenya in 1973, when I came to the U.S. to attend Harvard College. In Kenya, as a person of South Asian ancestry, I was considered Asian. But since my ancestors had lived in Africa for nearly two centuries, I considered myself African as well. Thus, I was an Asian African. At Harvard, however, many of my peers were puzzled by my identity. When I replied, “From Kenya,” to the ubiquitous question, “Where are you from?” one colleague remarked “You don’t look African.” Furthermore, since my family had origins in South Asia rather than in East Asia, they argued that I could not possibly be Asian.

Looking back, I believe these conversations stemmed from a myopic worldview and a narrow curriculum, as well as a lack of diversity at Harvard during that time. Nonwhite students were a small minority in my class, while international students were also few and far between. Study abroad for undergraduates was rare, if not taboo. We also had a campus with a history of gender segregation and a residential system through which students were selected into particular Houses based on an interview process that led certain Houses to be synonymous with students from specific class or racial backgrounds. I vividly recall how stark those differences between Houses were.

After graduating, I pursued my doctoral studies at Harvard and ultimately joined the faculty. During my many years here, I have witnessed the gradual dismantling of these structures of segregation, the randomization of housing, and an increased emphasis on global education. The demographics of the College have gradually diversified. Central to the College’s educational mission today is encouraging students to engage with this diversity. Such engagement can be transformative — personally and intellectually. Thus, while I have benefited from this institution’s immense resources — reflected in its world-class library collections and staggering endowment — I have come to believe that our greatest resource lies in each other. Indeed, the ever-growing diversity of our community, consisting as it does of people from many nations, bolstered by many backgrounds, perspectives, races, and identities, constitutes an opportunity for dialogue and learning that would have been unthinkable four or five decades ago.

It is often said that Harvard is a bubble. In many ways this is true. Harvard’s intense concentration of diversity, for example, has few parallels. Sadly, in looking beyond our community, we see that respect for diversity such as we are attempting to cultivate is not as commonplace as it should be. We see that the inability to accept difference leads all too often to violence aimed at humiliating, marginalizing, dehumanizing, and eliminating “the other.” Many modern tragedies are tied to this failure. The Holocaust, together with more recent tragedies in Rwanda, Bosnia, Myanmar, India, China, and elsewhere, are among the most devastating examples. In the United States, too, though we ostensibly embrace as our motto e pluribus unum — “out of many, one” — our history has been marked by structural and institutional subjugation of communities considered to be “the other,” be they Native American, African American, Japanese American, Latin American, or Catholic, Jewish or Muslim American. I would argue that such systemic oppression also constitutes a form of violence. Similar campaigns of violence exist throughout the world and are usually founded on the fallacy that a nation-state should be racially, culturally, religiously, and linguistically monolithic. In the contemporary period especially, this model is dangerously antiquated, for through their citizenry all nations encounter difference, though few learn from it. In this regard, learning to engage with difference (pluralism) is a key challenge in our increasingly polarized world.

“While I have benefited from this institution’s immense resources … I have come to believe that our greatest resource lies in each other.”

Of course, I do not mean to imply that Harvard is flawless in addressing issues of engagement with diversity. Certainly, as an institution, it has much more ground to cover in order to become a truly inclusive institution. For instance, intentional and systematic programming about engaging with diversity in campus residential spaces, including in the Houses and first-year dorms, is not as well-developed as it should be. There’s a sense among some that Harvard leaves engagement with diversity simply to chance, hoping that people will, in the time they spend at the College, engage with others who are different from themselves — not just in terms of visible markers (such as race, ethnicity), but also in terms of worldviews, life experiences, socioeconomic status, and so on. Others feel that because of the proliferation of affinity groups on campus, many students limit their engagement to those who are like themselves or have similar backgrounds or interests. As a result, it is all too easy to graduate from Harvard College without engaging with issues of diversity and equity. Hence, the challenge we face, particularly with residential living, is how to ensure, encourage, and facilitate greater engagement with diversity, so that we can understand and include the perspectives and experiences of those who have been historically marginalized and create a sense of belonging among all students.

COVID-19 has turned the world we knew on its head and has made more prominent the inequities and injustices that we can no longer afford to ignore. The time for embracing human diversity and engaging with it is now. We need to care for each other and look after one another. We can no longer place our hope on antiquated institutional structures that rely on chance to gain the knowledge and compassion it will take to make a difference in our lives and in the lives of others and still refer to ourselves as “educated.” To be truly educated, we must broaden our worldview by engaging with diversity wherever we are fortunate enough to encounter it. Is there a better place to begin such an education than at Harvard? The resources we need for such success are already among us. Community-building and the vast opportunities we have available to get to know one another are present everywhere we turn. We just need to awaken within ourselves the realization that this is the truest potential of a Harvard education.

It is my hope that at Harvard you will create opportunities for learning from those different than yourselves. While the College provides some structural support for this, you should also consider what strategies you can create for yourself to break out of the “silos” toward which we sometimes gravitate. Engaging with diversity and understanding the perspectives of others is hard work. It can be challenging, emotional, and fulfilling. It requires commitment. During these unusual times, we often hear about social distancing which, in my opinion, is an unfortunate misnomer. What it is actually supposed to signify is physical distancing. But we must remember that physical distancing does not mean we cannot engage with each other. Many virtual social platforms exist that can and will enable positive interaction and community-building, whether you are physically on campus or distant. In my courses this fall, for example, I am hoping to prioritize developing a sense of belonging and community by utilizing breakout rooms on Zoom, group projects, Slack, creative art projects, and so on. Understanding, respecting, and embracing difference is crucial in responding to the dangerous polarizations and labeling we witness in our world today. The lessons that each Harvard class learns through engaging with diversity will empower its members, the effects of which will reverberate far beyond the walls of Harvard.