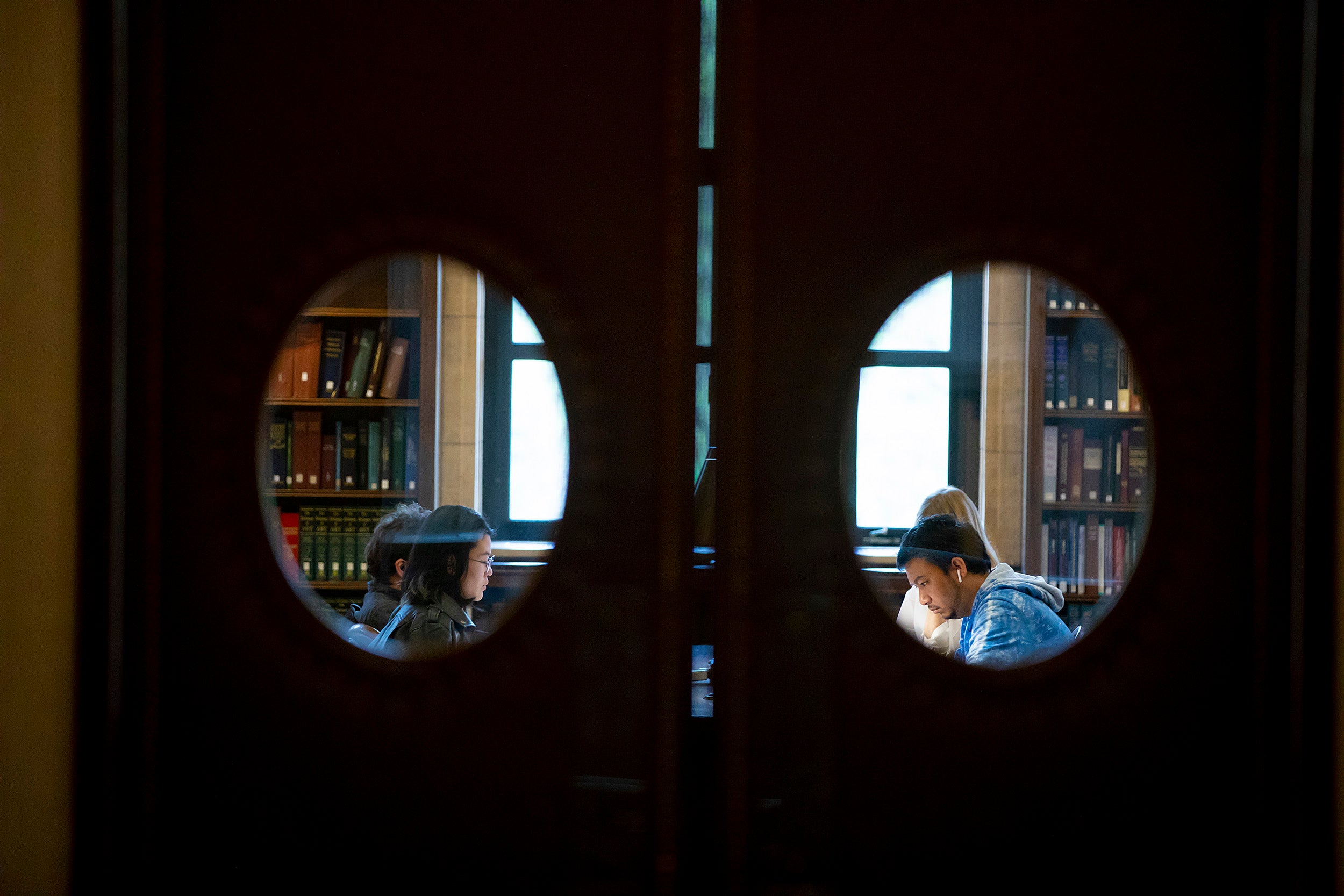 In the weeks since George Floyd was killed by a white police officer, police reform has become a rallying cry, with many activists demanding states, cities, and towns defund their police departments and divert money spent to social supports and community resources instead. Some have called for the police to be abolished. Some lawmakers on Capitol Hill have responded to the call to overhaul the criminal justice system, but a lack of bipartisan consensus and competing reform bills has stalled any meaningful legislation.

In that framework, several scholars addressed the question of police reform last week during an online talk sponsored by Harvard’s Radcliffe Institute for Advanced Study, exploring the nation’s history of policing, what it will take to overhaul a system seen as rife with misconduct and racism, and how America is failing to live up to its democratic beliefs.

“I think the best statement of the movement for Black Lives Matter ideals right now are that the fundamental structure of society itself needs to be rethought, and that policing is just the prism to do this work,” said Harvard’s Brandon Terry, assistant professor of African and African American studies and social studies.

Terry said steep economic inequality and low social mobility have brought the U.S. to a “crisis of legitimacy,” and the systems supporting those must be overhauled to help those in the “worst-off neighborhoods,” who are “really experiencing a kind of spectacular and mutually reinforcing tangle of structural and community violence.”

“If you look at redlining, lead poisoning, incarceration, and unemployment, all of these things map rather neatly onto violent crime,” said Terry. “And amidst this crisis of legitimacy, we have set police off on a self-undermining task of using state-sanctioned violence, arrest, and confinement to enforce property law and criminal law against the most marginal and disadvantaged members of society.”

Terry said the cost of fixing these deep structural problems, a policing system that operates against a backdrop of distrust, “an adversarial approach to conflict fueled by litigation, and the most firearms of any society in the world,” and the use of race as a “proxy by police and citizens to justify surveillance, harassment, and other symbolic forms of violence against Blacks” are the most immediate problems to address.

Princeton anthropologist Laurence Ralph took up the question of how law enforcement is funded. “Public funding is the lifeblood of the police system as we know it,” he said. “Yet it remains debatable as to whether or not that funding has made our society safer, especially for a person of color at the receiving end of the police officers’ command or the police officers’ violence.”

Ralph, whose work and research has largely focused on Chicago, said that city paid $662 million to settle police misconduct claims between 2004 and 2016, and such settlements are a line item in a budget that typically allocates $1.46 billion dollars a year to policing. While calls to defund the police have been heard in Chicago for more than two decades, he said the current urgency is an opportunity to think strategically about what comes next.

“It’s not merely a call for extracting resources. It’s also a call for reprioritizing resources, and thinking anew about what priorities and what society values … The question then becomes, how do we think in a holistic way that yes, provides community resources, but also strips away some of the power that enabled these forms of violence to happen in the first place?”

During the panel discussion, Yale law professor and sociologist Monica Bell, Ph.D. ’18, said the process of significant police reform requires a “deep interrogation” of why communities of color have long distrusted the police.

“The starting point, analytically and from a legal estrangement framework, is to say, ‘We’re not going to presume that there’s some something wrong and that something needs to be fixed within communities that distrust the police,’” said Bell, whose area of expertise includes criminal justice, welfare law, housing, and race and the law. “The starting point is to examine the institution and to examine specific processes of exclusion of racialized subordination, etc., that are flowing from that institution.”

“It remains debatable as to whether or not that [public] funding has made our society safer, especially for a person of color at the receiving end of … the police officers’ violence.”
— Laurence Ralph, Princeton

Changing the police also requires examining the country’s founding vision of democracy and asking difficult questions such as “What has been democratic about our country after all?” and “What can a new vision of democracy look like?” said Ralph, who co-directs Princeton’s Center on Transnational Policing. He called the number of guns and law enforcement agencies in the U.S. “unprecedented,” and major barriers to change. Envisioning police reform is difficult when so many officers worry they might have to “outgun this imaginary criminal that could sprout up at any moment,” he said, and reliable oversight of more than 18,000 police departments, each with its own distinct policies and procedures — a reflection of the nation’s history of states’ rights — is almost impossible. But Ralph suggested that one way forward is to begin the reform process at the “hyperlocal” level, with city councils, in the hopes that such efforts might spark a bigger wave of reform.

Citing his research of more than 100 police torture cases from the ’70s, ’80s, and ’90s, Ralph said another major challenge to police reform is the tendency to dismiss claims of police abuse when the victim has a criminal record. But efforts like those used during the Civil Rights era to focus attention on a “pristine victim” — someone like Rosa Parks, for instance — to highlight abuses suffered by Black Americans creates another problem. Putting forth only unimpeachable victims can lead to the “subtle and implicit argument” that those who “aren’t pristine” deserve to be brutalized, Ralph said.

Addressing both history and the current moment, Terry, who recently taught the General Education course “Martin Luther King, Jr. and the Question of Conscientious Citizenship,” said the Black Lives Matter movement has pushed back against the “politics of respectability” by acknowledging that following societal expectations is neither “a reliable safeguard against mistreatment” nor “a reliable standard by how we should evaluate moral worth and the kind of civic standing that people should have.”

During a Q&A session, many online viewers wondered whether changing the makeup of police departments to include more officers of color could make a difference. Bell called that “better than doing nothing,” but added that it’s “certainly not a pathway toward justice,” in large part due to police culture in the U.S.

“Even if people kind of head into policing to do public service, to do justice … the culture around violence, around being dismissive of certain communities and certain types of people, often remains and even infects the people who do the work on a day-to-day basis,” she said.

Virtual viewers were also eager to know how allies can best partner with communities victimized by police violence. In addition to donating money and demanding national leaders support police reform and reparations bills, said Terry, allies can help by “reliably showing up, putting their bodies on the line in protest. Because even the visual spectacle of you being there is doing important work.”

Earlier in the day, Radcliffe Dean Tomiko Brown-Nagin, who introduced the virtual talk, testified before the U.S. House of Representatives Subcommittee on Civil Rights and Civil Liberties about First Amendment violations during recent protests against the killing of Floyd and other African Americans.

During her testimony, Brown-Nagin, a historian of the Civil Rights Movement, recalled authorities’ brutal attacks on the peaceful protests organized by Civil Rights icon Martin Luther King Jr. and the message King delivered in his final address.

Building on King’s argument, Brown-Nagin said the Constitutional rights of every person must be protected. “It is crucial that the individuals entrusted with upholding and enforcing the law do more than observe this bedrock principle of our democracy,” she said. “They must protect it.” 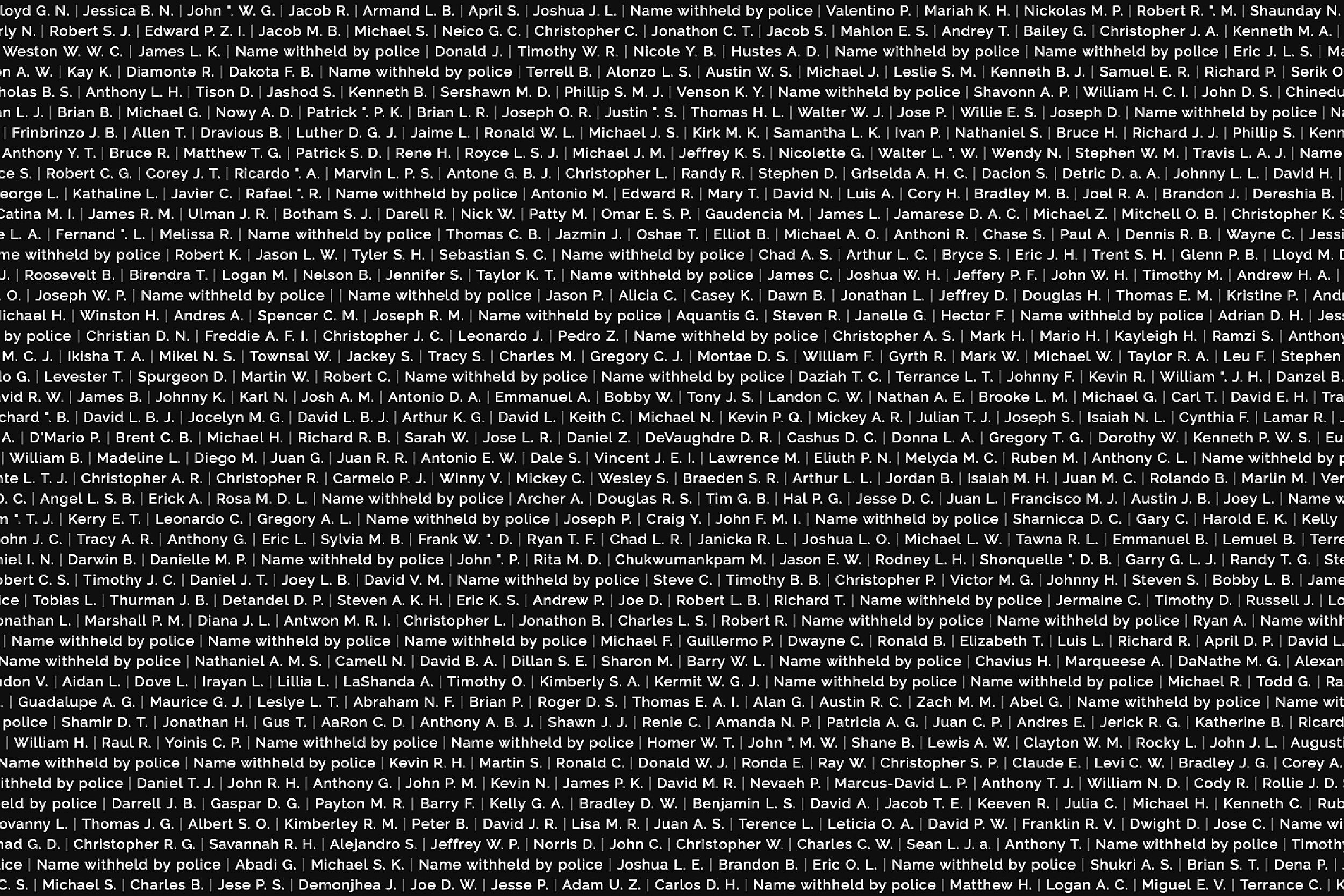 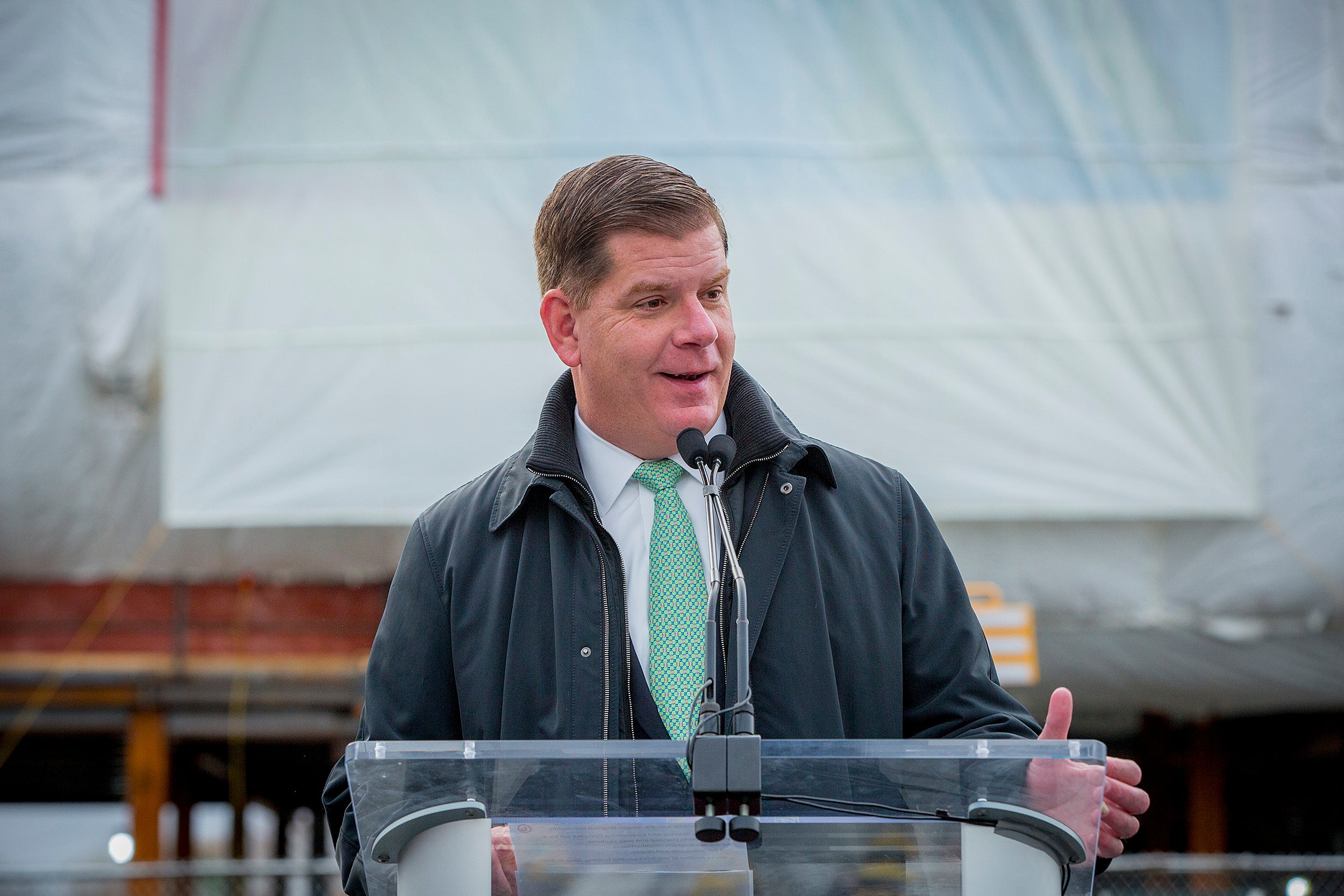