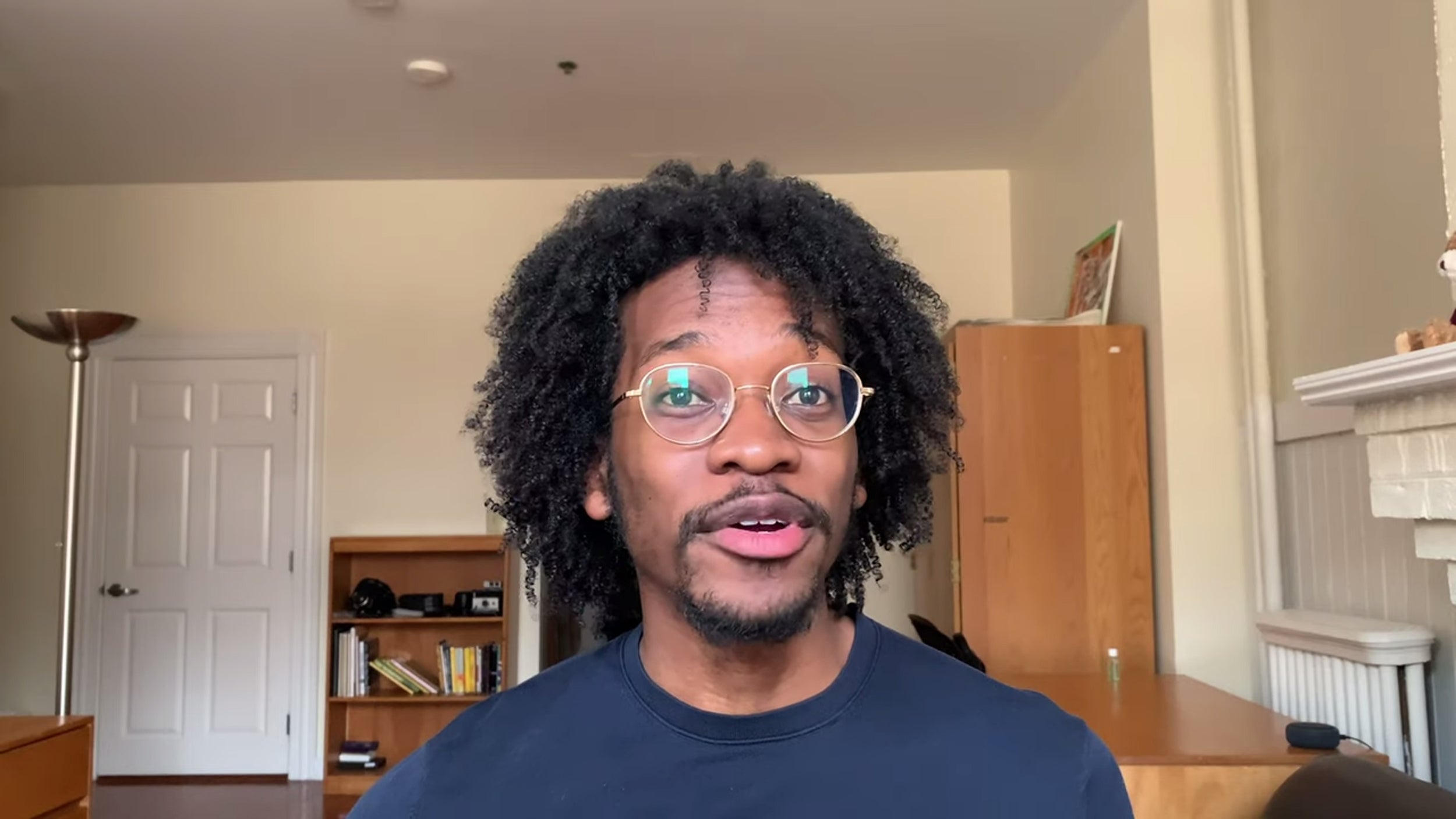 Explain your thesis in 3 minutes

When neuroscience major Sope Adeleye suffered a severe concussion, she knew better than most the risks she was facing

Sope Adeleye went up for a block and everything went black.

“I just got hit in the face,” she said, describing that fateful moment during volleyball practice in October 2018.

Adeleye had performed that jump thousands of times before, but this time her head got there faster than her hands.

She was diagnosed with a severe concussion. The neuroscience major knew better than most that head traumas come with a shadowy threat — an increased risk of dementia.

“So much of where I’ve gone in life is based on what I’ve been able to do with my brain,” she said. “That’s so much of who I am, and the idea of losing that, slowly but surely, that sense of self, the sense of who you are …”

Growing up in Memphis, a younger sister to two athletic brothers and the daughter of two medical professionals — her father is a nephrologist and her mother a nurse practitioner — Adeleye knew she wanted to be both an athlete and a doctor. In addition to volleyball, she played basketball, soccer, and tennis.

Around the same time, Adeleye said, she fell in love with the brain — a sheep’s brain to be exact. The summer before her junior year in high school, she enrolled in a neuropsychology course at Columbia University. There, she dissected a sheep brain and got her first look at how it controls an animal’s behaviors, learning ability, and sensation.

“You have this thing in your head that literally controls everything,” Adeleye said. “We know so much about it, but we also know just so little.”

Adeleye decided to study neuroscience before she enrolled at Harvard, but she didn’t choose a research track until after her concussion. In spring of 2019, she joined Tracy Young-Pearse’s lab at Brigham and Women’s Hospital where she studies the neuronal characteristics that differentiate healthy individuals from those with late onset Alzheimer’s disease.

“With studying human disease and the brain,” she said, “you can’t go two steps without hearing about Alzheimer’s disease. It’s estimated that 40 million people have Alzheimer’s disease right now worldwide and the number is only going to increase exponentially by 2050 because of the aging population.”

In 2018, Adeleye started volunteering with the nationwide program Alzheimer’s Buddies (the Phillips Brooks House Association runs Harvard’s chapter). Almost every Sunday, she and the other volunteers visited a nursing home to spend an hour chatting with a “Buddy,” a patient living with a form for dementia. Though some patients have family members and friends nearby who come to visit, some live in relative isolation, which can aggravate their disease. Adeleye said the program taught her how much it means for someone to just be there.

“You have this thing in your head that literally controls everything. We know so much about it, but we also know just so little.”
— Sope Adeleye '20

Since the campus was cleared in response to the COVID-19 pandemic, Adeleye is back home in Memphis, though not removed from Alzheimer’s research or even patients. She can still analyze data from afar. And her best friend from childhood, whose grandmother was starting to show signs of dementia, asked the neuroscience major for advice. “You’re never prepared,” Adeleye said. But, “It’s not just you going through that experience but all those around you.”

On the Harvard volleyball team, Adeleye played middle blocker. The player in that position — center court, closest to the net — is typically loud and enthusiastic, the team trumpeter. “I’m naturally a really loud person,” Adeleye said, “so it fit well with my personality.” When she returned to the court in September 2019 after almost a year of recovery, the 6-foot-1-inch senior achieved career highs of 14 kills and seven blocks against Sacred Heart.

Asked if juggling athletics, science, and a brain injury ever felt overwhelming, Adeleye said, “Anything you’re going to do is going to be challenging. Anything worth doing is going to have some obstacles.”

Adeleye is looking for a job as a neurology clinic researcher and will apply to medical school in two years.